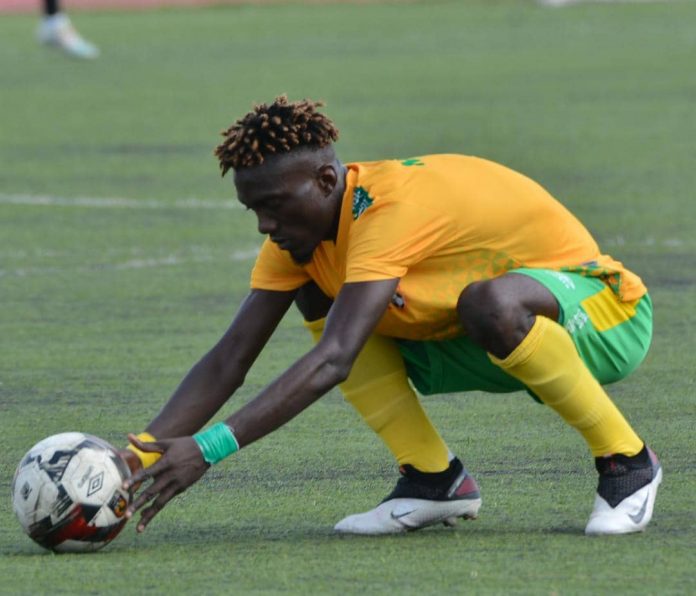 Kwara United energetic midfielder Afeez Nasiru has confirmed his readiness and that of his teammates for their game this Sunday against Lobi Stars in Makurdi.

Over the years, Makurdi has been a tough venue for Kwara United as far as the Nigerian topflight is concerned as the Aper Aku stadium always look like a ‘Kilimanjaro’ to climb for the Harmony Boys.

The last time Afonja Warriors visited Makurdi on November 10, 2019, the home team had their ways winning 4-0 in what remains the Harmony Boys’ heaviest away defeat in 13 years.

However, Afeez Nasiru has disclosed to Kwara United media that himself and his teammates will seek redemption against Lobi Stars by getting the victory this time around.

“We understand the fact that Lobi Stars is one of the best teams in Nigeria, but we have won 3 away games this season at difficult venues and we are ready to do the same tomorrow against Lobi.

“Beating Lobi Stars will help our quest this season and we are ready to fight with our lives to make sure we triumph in this game,” Afeez Nasiru who is a free-kick specialist stated.

In the topflight, Kwara United and Lobi Stars have met 18 times, with Kabiru Dogo’s side winning 8, while the Harmony Boys have 6 victories – with the remaining 4 games ending in draws.

When they both met in the first fixture this term in the NPFL on February 3, 2021, Kwara United won 2-1 in Ilorin, with goals from Chris Nwaeze and Stephen Jude as Samuel Tiza netted a consolation for Lobi Stars in the 80th minute.