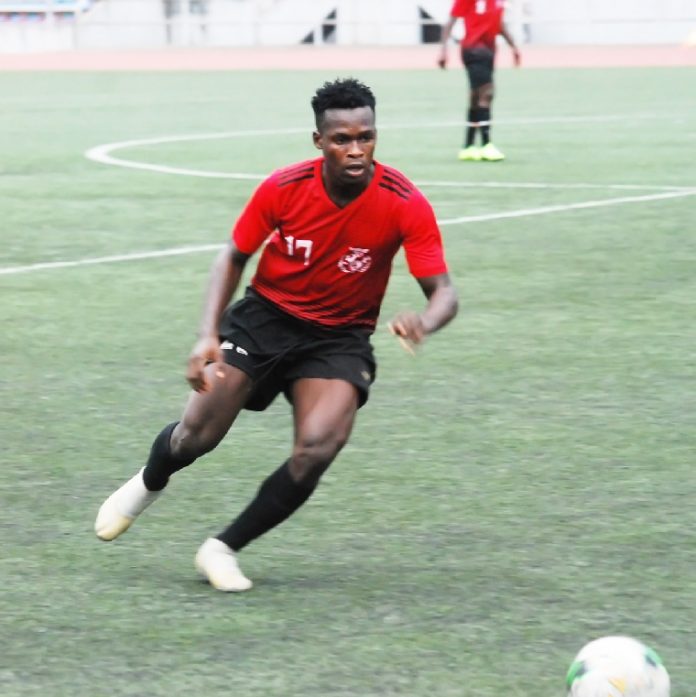 Enugu Rangers new acquisition, Ibrahim Olawoyin has affirmed that he celebrated his first goal in the technical area because of the discussion he had with their head coach, Benedict Ugwu before the start of the first round, return leg of the CAF Confederation Cup tie against AS Pelican of Gabon in Enugu last weekend.

The goal, which was a third of the game at the Nnamdi Azikiwe Stadium, Enugu against the stubborn Gabonese proved to be the most important goal of the day, sealing a 3-1 home victory for the home team who had lost the first leg 2-1 in Libreville.

The circumstance leading to the goal which prompted Olawoyin to run towards the technical area to celebrate with his coach Ugwu would be described as a sporting relationship between a coach and one of his trusted players.

“The coach has really impacted in me and he also believes in me too,” Ibrahim explained in a chat with Dasportstainment247.com Johnpaul Nnamdi.

It was after our last test match that he approached me and complained that I couldn’t really move well. I was just smiling and I told him not to worry and promised him I was going to score against AS Pelican.

“On the day of the match, before we left for the stadium I also assured him that I was going to keep to my promise. After the first half, we were tied on 1-1 and while we were in the dressing room, the coach walked up to me and I told him to calm down that we are not just going to win the match, but we will qualify and I will score.

“At a point in the second half we were leading 2-1 when we had a water break and I went to the touchline and the coach reminded me of my promise.

“I assured him again that I’ll score. Not up to three minutes after then I had a great chance and I scored the goal which sealed our qualification. I ran down to the coach and gave him a big hug.”

Fortunately for the young lad, he was also named Man of the Match in his first official game in front of his home crowd after he swapped Oriental neighbours, Abia Warriors for the Flying Antelopes. 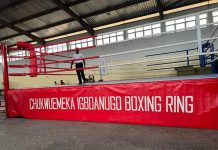