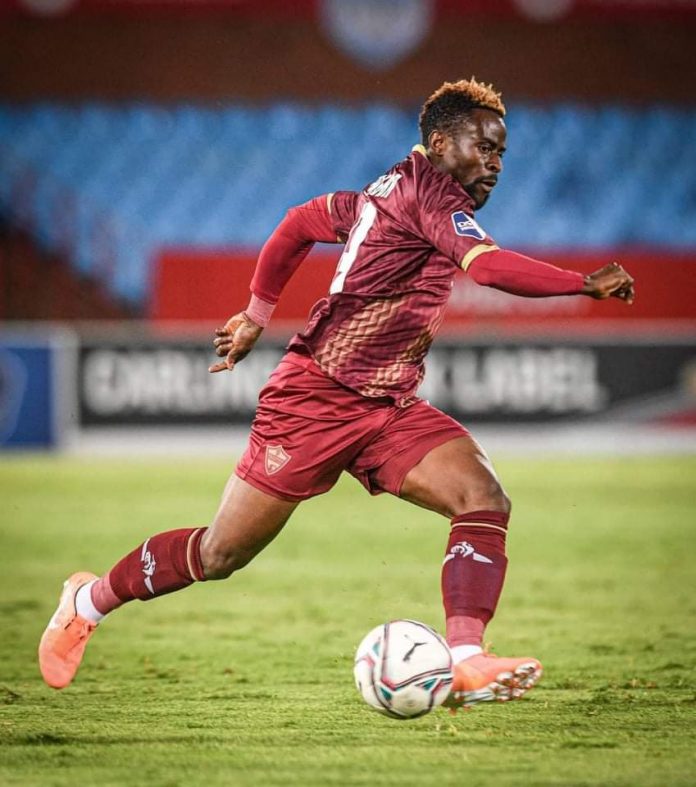 Former Enyimba and Warri Wolves winger Stanley Augustine Dimgba scored the all-important equalising goal for his South African Premier League side, Stellenbosch FC in a 2-2 draw away to Maritzburg United on Friday at the Harry Gwala Stadium.

It was Dimgba’s second goal in four games that he has played for the club since he joined them in November. The winger got his debut goal in their 1-0 away win at TS Galaxy on December 6.

Maritzburg United started the game like house on fire and were two goals up by the 15th minute through Jusas Moseamedi double in the 3rd and 15th minutes but Stellenbotsch regrouped and scored their goals through Marc Van Heerden and Dimgba in the 10th and 59th minutes.

The important away draw has lifted Stellenbotsch to eighth on the league table with nine points from eight games and the Nigerian who had his first start of the season at Maritzburg United played for 82 minutes before he was replaced by Ryan Moon to a rapturous applause from the pocket of fans at the stadium.

Dimgba and Stellenbotsch are done with their games’ quota for the year as they proceed on a slight break for the yuletide but their next game is with Tshakhuma FC on January 5th, 2021.