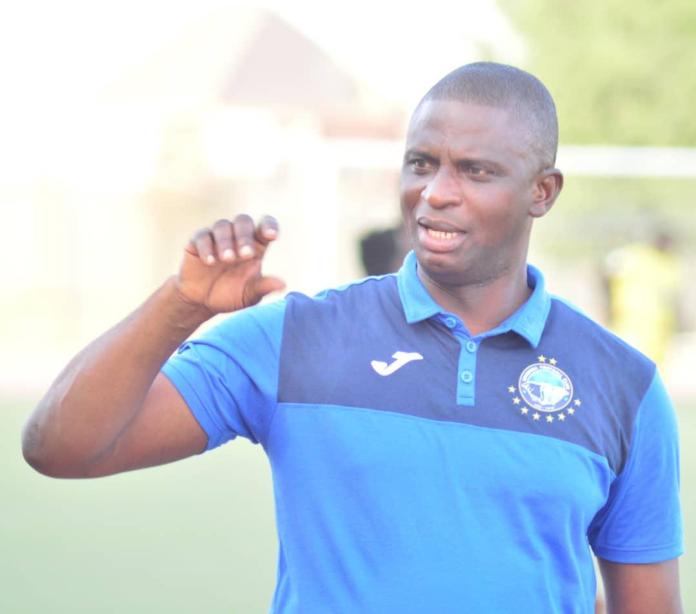 Enyimba coach Fatai Osho has said he sees Katsina United ‘going places’ after the People’s Elephants laboured to a 1-0 win against the Changi Boys in a Match Day 7 Nigeria Professional Football League (NPFL) encounter on Sunday in Aba.

After dominating possession in the first half, striker Tosin Omoyele, who earlier saw his penalty saved by Katsina United goalkeeper Yusuf Muhammed, scored his first goal for the club just before the break, as the 8-time NPFL champions moved joint-top behind Rivers United, who have a superior goal difference but the same points total of 15 points from 7 matches.

It wasn’t smooth sailing for the hosts, however, as the Changi Boys launched a late fightback in the second half in search of an equalizer. However, some dogged defending from the Enyimba backline ensured the visitors left Aba empty-handed.

Apparently impressed by their second half performance, Osho admitted that Katsina United have a ‘beautiful team’ that will ‘go places’ this season.

“It looked more like a game of two halves,” the former Remo Stars coach said. “If you look at it, in the first half, we had the chance to take the game out of the reach of Katsina United. We couldn’t do that, and it haunt us in the second half.

“In the second half, you saw them coming all out. They were so determined to get something out of this encounter. We had to be a bit resolute to stop them.

“They have a beautiful team, you can’t take that away from this Katsina team. I see them going places, all things being equal.

“On our part, even with what they threw at us towards the end of the game, for us to have being able to stand them…..I believe, I mean, we should have done better with our chances.”

The defeat to Enyimba leaves Baldwin Bazuaye’s side in 16th position on the log, with 7 points from as many games.

Up next for the Changi Boys is a home fixture against leaders Rivers United on Wednesday.