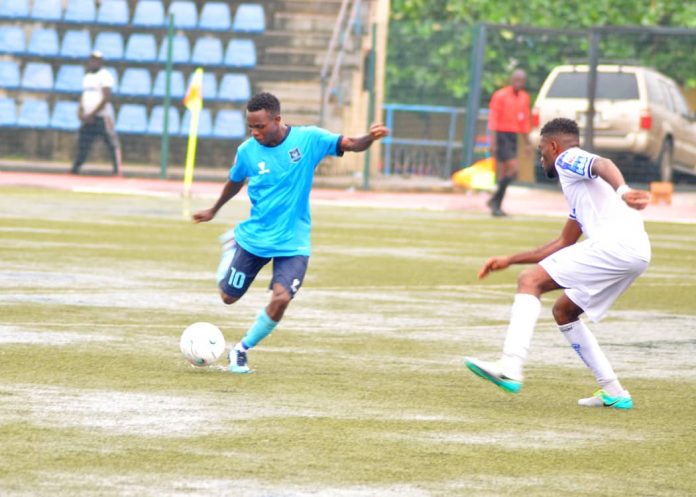 Niger Tornadoes ended their preparations for the return leg of the preliminary round of the CAF Confederation Cup against Santoba FC of Guinea with a 2-2 draw in the second friendly game they played against MFM in Lagos on Monday evening.

Tornadoes arrived in Lagos on Saturday night and they set up two friendly games against 36 Lions and MFM at the Agege Stadium, Lagos to help fine-tune the build-up they have had through rigorous training.

The Ikon Allah Boys were narrowly beaten 2-1 by 36 Lions on Sunday after they conceded a late minute goal but they were more businesslike 24 hours later against the Olukoya Boys.

Abubakar Bala’s men raced into a two-goal lead through Ifeanyi Okoye and Ahmadu Liman but they capitulated and allowed MFM staged a comeback through the goals of Kabiru Adewole Adeniji.

It was the last piece of the jigsaw from Tornadoes before they begin their trip to Guinea on Tuesday morning for the return leg tie slated for Friday evening at the 5,000 seating capacity Stade de Coleah, Conakry.

Enugu Rangers who are the other Nigerian representatives in the competition are drawn bye into the first round after their modest performance in the same competition last season.

The Flying Antelopes got to the group stage before they exited the African club second-tier competition.

NWFL Premiership Super 6: Bayelsa Queens close in on title as...