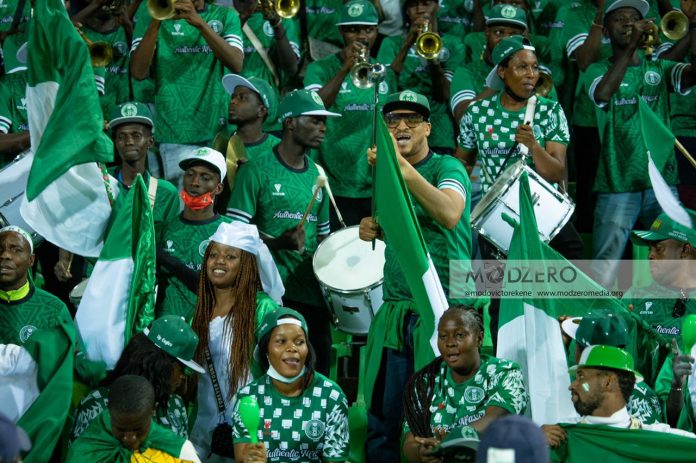 Simon who shone brightly at the 2021 Africa Cup of Nations in Cameroon, scored the winning penalty as Nantes booked a place in the final of the Coupe De France, at the expense of AS Monaco.

With the game tied at 2-2 at regulation time, penalties decided the affair and it was the 26 year old Nigerian winger that stepped up to slot in the decisive spot kick which propelled Nantes to their first Cup final in 22 years.

President of the Authentic Supporters Club, Prince Abayomi Ogunjimi could not hide his excitement after the feat, he congratulated Simon and urged him to continue flying the country’s flag.

“It’s a very good feeling to see Nigerian players thrive abroad, players have come and gone, Nigerians have won European silverwares in the past and we can never forget them. If this is achieved also, Simon goes into the history book, irrespective, he’s a worthy ambassador and I hope he wins”

“Congratulations to him, we at ANFASSC are solidly behind him, he gave us dazzling memories at the Nations Cup and we are proud that he is sustaining the tempo”.

Simon and his Nantes teammates will now battle Nice in the grand finale of the Coupe De France in May, victory would mean a first French cup title since 2000.