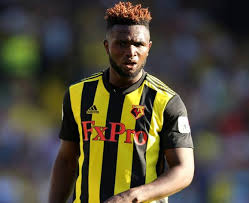 Crocked Super Eagles striker, Isaac Success will no doubt heave a sigh of relief if there is no relapse to the current prognosis to his hamstring complaint with the assurances that he is to resume more strenuous training sessions from next month.

Success’ stay with Watford has been rocked with injuries despite playing 30 games in his first season with the Hornets in the 2018-19 season. His current hamstring injury has seen him not kick a ball since February last year.

He was initially billed to return in August last year but he suffered a major setback hence his return to the treatment table since then until words rife that the Nigeria International would resume more intense sessions from next month.

The 25-year-old last game was against Everton on the 1st February last year in an underwhelming season Watford got relegated. He only played a combined 65 minutes spread through five games in the league alone last season.