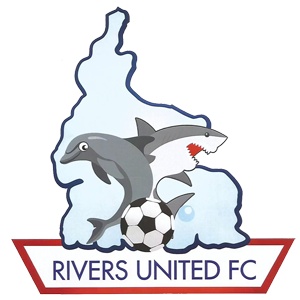 General Manager of Rivers United FC, Okey Kpalukwu has on behalf of the club management wished the entire members of the Pride of Rivers family a prosperous 2021, urging them to use the New Year to consolidate the achievements of 2020.

In a New Year message to members Kpalukwu praised all stakeholders of the club for the respective parts they played in 2020. He however added that more still needs to be done in 2021.

He said though the outgoing year had several challenges, Rivers United family should march into 2021 with renewed hope for greater accomplishments.

“First, I want to wish everyone associated with Rivers United FC a very happy New Year as we step into 2021.

“I also want to specially thank the sponsors of the club, the Rivers State Government, under the able guidance of the Governor, His Excellency, Chief, Barr. Nyesom Ezenwo Wike, CON, GSSRS, POS for the continued massive support to the team.

“The Rivers State Ministry of Sports, led by the Commissioner for Sports Honourable Boma Iyaye and the Permanent Secretary Sir Honour Sirawoo who have been exemplary with technical and logistical support.

“I wish to state that 2021 is a year of bringing honour to Rivers State. A year of putting smiles on the faces of all Rivers men and women.

“To this end, I want to urge everyone involved with Rivers United to redouble our efforts in 2021.

“This is time for resourcefulness, hard work, selflessness, focus, putting the interests of Rivers United first and uniting for a common goal and purpose.

“We will not be deterred as our main objective remains we win laurels for the state at the end of the ongoing football season,” Chief Kpalukwu concluded.

The ‘Pride of Rivers’ will seek to preserve a hundred percent start to the 2020/21 NPFL season when the confront Abia Warriors in their next league game on Saturday, 2nd January 2021.

Saturday’s game takes place at the Enyimba International Stadium, Aba from 4 pm. It is a Matchday Two tie.