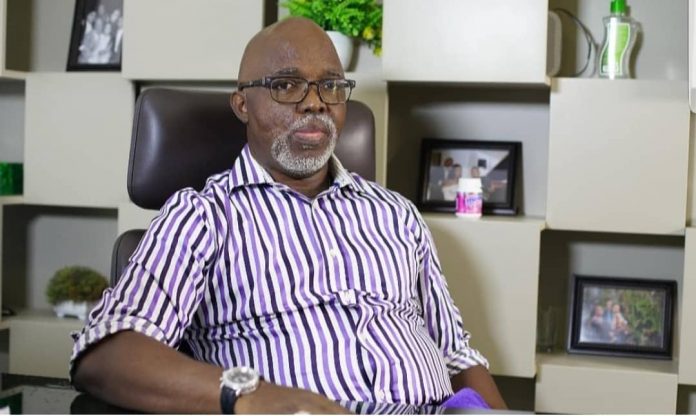 Just hours after beating Malawi”s Walter Nyamilandu by 43-8 votes to win a FIFA Council seat, NFF president Amaju Pinnick has outlined his plans for football development in Nigeria, Africa and the world as a whole.

Speaking to the media minutes after the landslide victory, Amaju said his first project as member of the FIFA council is to bring his wealth of experience into helping to reposition World football. He didn’t stop there, as he also said he will focus on developing Africa and Nigeria football at all levels.

Amaju who began the interview by thanking stakeholders that helped him actualise his dream of being in the FIFA executive council led by President Muhammadu Buhari and the Sports Minister, Sunday Dare said he would like to protect and project CAF and Nigerian football to the world.

“I just want to thank God the Almighty for making today a reality. I want to thank the President of the Federal Republic of Nigeria Mohammadu Buhari he stood by me 100 percent from the beginning and did everything possible behind the scene to ensure that it was done.

“I also want to thank the Honourable Sports Minister, Sunday Dare. He was exceptional, nice and did a lot for me. And of course my excos. Without them there won’t be Amaju Pinnick. We had a congress. We did everything and today we have been able to make history. It is quite historic this is FIFA council.

“It is just 37 people in the world and so it has opened doors for a lot of us. Like I said, my first focus will be to see how we can reposition football globally.

“Of course we have to protect and project the CAF family with the right direction being that we have the right leadership and indeed to Nigerians, inadvertently the fact that I am a member of the FIFA council is a positive development for the country.”