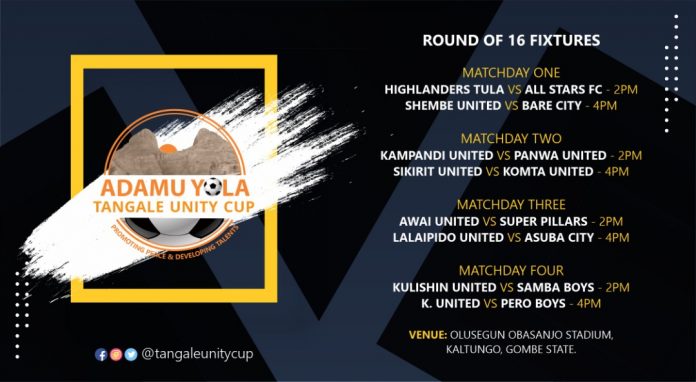 Highlander Tula will trade tackles with fellow Kaltungo LGA team, All-Stars FC in the first match of the second round of the Adamu Yola Tangale Unity Cup slated for the Olusegun Obasanjo Stadium, Kaltungo, Gombe State on Wednesday, December 18 2019.

It is the continuation of the competition that kicked off in October this year and had about 51 teams in attendance from the three local government areas of the state namely: Kaltungo LGA, Billiri LGA and Shongom LGA.

The draw conducted on Wednesday this week had all the remaining 16 teams that made it to this stage of the competition from the three Local Government Areas of the State in attendance plus the leadership of the Referees’ Council and some media practitioners in Gombe State.

In the second game of the first-day hostilities, Shambe United will square up with Bare City FC to seek a place in the quarter-final stage.

There are additional two matches per day for further three days after the two opening fixtures and at the end of the exercise, eight teams will scale through to the quarter-final which holds between December 22 and 23 with the semi-final games scheduled for 26 December.

The grand finale of the competition which will feature third place and final games will be on December 28.

The chairman of the Local Organizing Committee, Mr Farouk admonished the teams to be of good conduct while adding that no team will escape the hand of justice if the club is found to have contravened the laid down laws.

“The aim of the donor is to promote peace and unity in Tangale land and nothing more,” Farouk said.

“So any team that fails to manage the behaviours of its members will have itself to be blamed.”

Addressing questions raised by the teams, the General Coordinator of the competition, Promise Uwaeme assured teams of better performance of the Match Officials henceforth.

He nonetheless charged the remaining teams to make efforts to seek the basic knowledge of the laws of the game so that they won’t break any of it without unknowingly.

“You can never appreciate the decisions of the Referees if you don’t know the laws yourself, plans are ground to include capacity building with regards to the Laws of the Game but you all should make efforts to increase your knowledge base in this area,” The retired referee said.

Highlander Tula vs All Stars FC 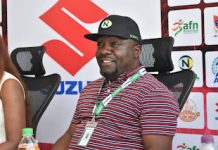 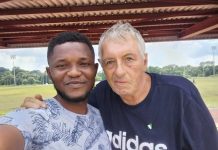 Pillar Of Sports thumbs up kwara Commissioner of Police for tackling...