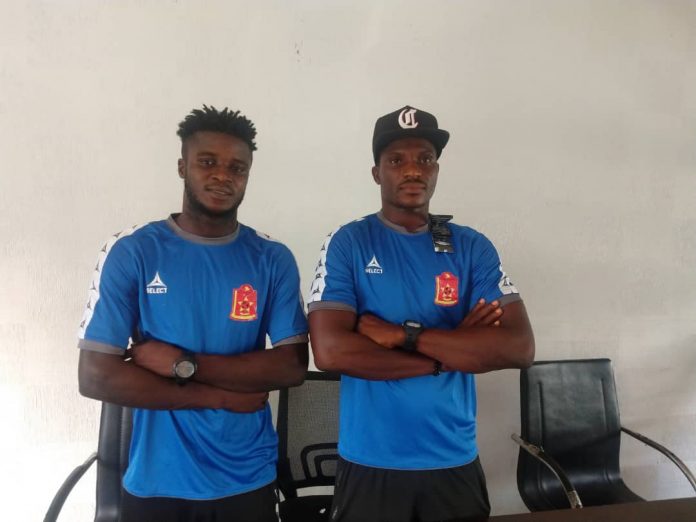 Issiaka Ogoubiyi who was in goal for Bayelsa United in the just concluded Governor Wike Pre-Season Tournament in Port Harcourt joined the Yenagoa based side from Aspac FC of Benin Republic on a one year contract.

The duo goalkeeper Issiaka Ogoubiyi and defender Salifou Kamarou – Dine would further swell the number of Béninoise international that have played for Bayelsa United in recent times, having acquired the services of Solomon Junior and Monami Lazadi earlier.

Shortly after sealing the deal for Bayelsa United, the duo said they were elated to join Bayelsa United,pointing out that their dreams was to see the team return to the , NPFL.