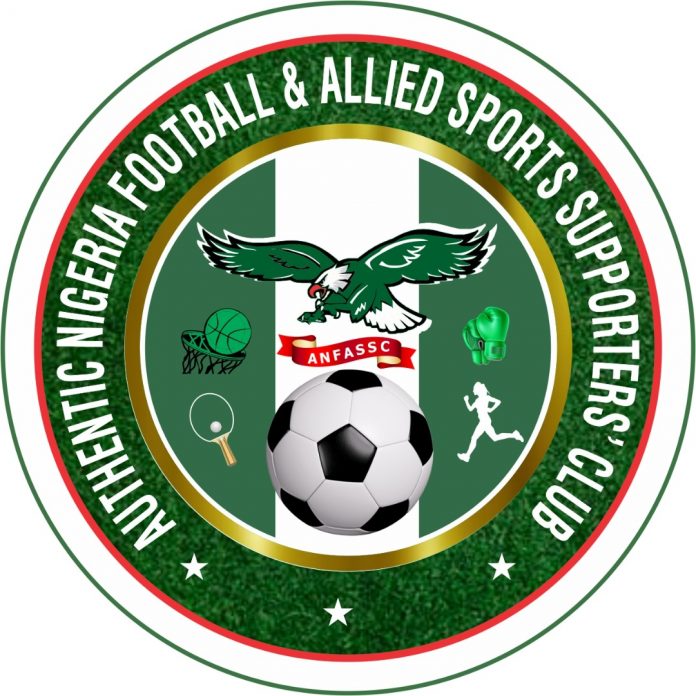 The Authentic Nigeria Football And Allied Sports Supporters Club (ANFASSC) has described the victory recorded by the Super Eagles of Nigeria against Benin Republic in their penultimate Africa Cup of Nations qualifying fixture as soul lifting and has congratulated the team on the feat.

National President of ANFASSC, Prince Abayomi Ogunjimi in an interview with the ANFASSC media team said the Nation at large is encouraged and eager to see more from the senior men National team due to the recent feat.

With Sierra Leone and Lesotho settling for a draw in the group’s other game, Nigeria qualified for the African continental showpiece with two games to spare even without kicking a ball, but they still did their job by garnering all maximum points against the Squirrels in Porto Novo.

According to the ANFASSC National President, it’s a victory for the whole Nation, he added that the cliche “Football is a unifying factor” further gained weight as there were celebrations everywhere across Nigeria after the victory.

He said “Congratulations to the Super Eagles, this victory has further given us a chance to take this brand to Cameroon and also give Nigerians another opportunity to follow the AFCON passionately”

“What football brings is beyond 90 minutes and in so many spheres, the Super Eagles have given us more to Celebrate and cheer about, congratulations to our darling team. Now we will focus on their homecoming as we host Lesotho in the final game, so we are excited that the job has been done already”

Up next for the Gernot Rohr tutored side is the last game of the AFCON qualifying series, a home game at the Teslim Balogun Stadium, Lagos against the Crocodiles of Lesotho coming up on March 30th, 2021