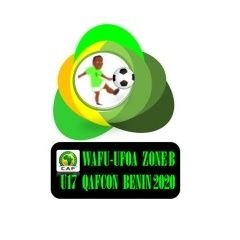 West Africa Football Union (WAFU) has announced Benin Republic as the new host of the Under 20 regional championship.

Togo was announced as the initial host but they pulled out due to what the Togolese government called new surge in the the number of victims of Coronavirus pandemic in the West African land.

In the early hours of Tuesday, WAFU named Benin Republic as the new host of the competition with teams competing for a place in the Under 20 Africa Cup of Nations.

The new date for the commencement of the championship was also announced, as it now kicks off 5th and ends 20th December 2020, the earlier date was 18th November.

Meanwhile, WAFU also rubber-stamped Benin as the host of the Under 17 version of the competition, starting from January 5th to 20th, 2021.

Both Nigeria U20- the Flying Eagles and U17- the Golden Eaglets are already in camp for the competition that will be used to select countries that will play in the underage AFCON tournaments next year.