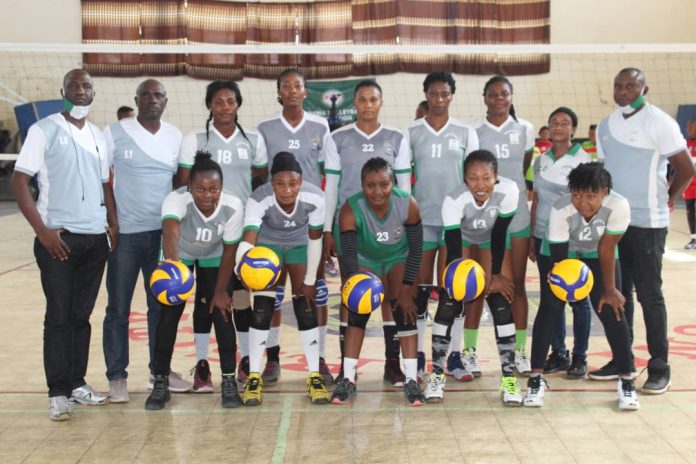 Head coach of Nigerian Customs Service women’s Volleyball team, Jonah Adamu believes it will be a different ball game when they face NSCDC in the final of the 2020 Nigeria Volleyball Super Cup Women’s category on Wednesday in Ilorin.

NSCDC had dominated the Nigeria Customs Service in recent fixtures including losing in the final of the 2019 edition to the same team but Adamu expects a different outcome against the same opposition this term.

Adamu while reacting to their semi-final victory over Chief of Army Staff Spikers on Tuesday noted that no two games are the same and that they are approaching their final tie with NSCDC renewed vigour and have put their recent failures against them behind ahead of the Wednesday grand finale.

The Nigeria Customs Service coach thumbed up the performance of his players who defeated formidable Chief of Army Staff Spikers in the semi-final and he says he expects his girls to surprise NSCDC in the Wednesday final.

“We thank God we have qualified for the final. They (Chief of Army Staff team) have been in camp for a long time but we only spent a few days to prepare for this competition,” Adamu told www.dasportstainment247.com.

“With the right motivation, we are glad we had qualified for the final. Last year has gone and this is a new year and it is a new team and also it will be a surprise victory for us.”

Nigeria Custom Service have all the three games they have played in Ilorin. They thrashed Heartland Strikers 3-0, defeated Kada Emeralds before beating COAS Spikers in the semi-final on Tuesday.