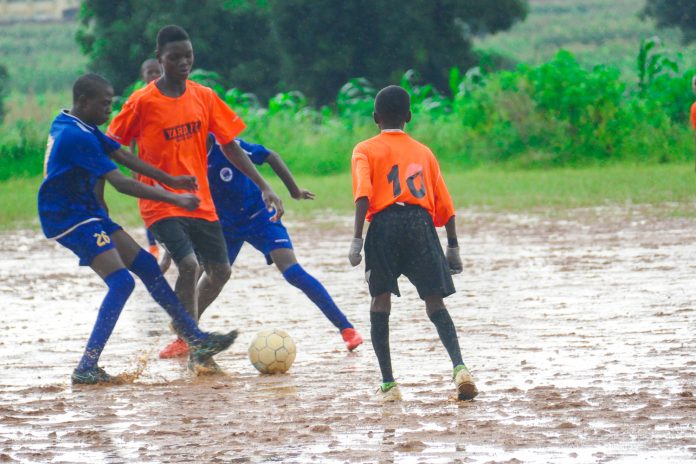 With the Tsenba Wummen League at its home stretch in the Under 14 and 16 categories goals continue to pour in like downpour as the strikers have refused to stop firing on all cylinders.

Adalchi FA and Samba Boys tie produced nine goals with the former emerging victorious with a goal margin last weekend while Jazzy Stars vs City Rollers tie was another high scoring tie with eight goals plundered in the game. Both games were in the Under 16 category.

Relentless FA continued to keep pace with league leaders, Mees Palace Football Academy with a 5-0 demolition of Invaders in the Under 14 category. Mees Palace, Elspuron, Gangere Youths, Multiple Waves were among the teams that grabbed maximum points last weekend while SJC Lions thrashed Super Stars 5-2 in a seven goal thriller.

Nankpak Nimran’s double and Solomon Ikemu’s hat-trick were enough to hand the three points to SJC Lions while Abdullahi Bashir’s double proved to be consolation to Super Stars who were beaten 5-2 in the game.

Relentless FA held on to the second spot with a 5-0 humbling of Invaders while Elspuron pipped stubborn Jr. Sporting Boys by a lone goal.

Mees Palace defeated Light FC 2-0 to maintain their one point lead at the top with a game in hand.

Highland Stars will face Multiple Waves in a tie between the fourth and the seventh placed teams while eight placed Jazzy Stars are at home to ninth placed SJC Lions.

Mees Palace are at home to Vet Glory as they go in search of another win that will keep them at the top of the table beyond the weekend; Relentless FA have a score to settle with 14th placed Young Champions while Elspuron and Gangere Youths will lock horns in a battle between the third and theasixth placed teams.

City Rollers will seek a return to winning ways after their defeat to Jazzy Stars as they face FC Sports while FC Izam are up against Jeddy Academy.

The Star Match of the Weekend is the tie between second placed St. Monica’s Academy and first placed Mees Palace. It was Mees Palace that won the first leg. Can St. Monica get a revenge? The game will also witness the two leading scorers in the league: Ahmed Musa and Isaac Jawo up against each other.

Fifth placed Jazzy Stars will hope for another win when they host Flying Shooters on Saturday.

Light FC vs Young Stars (11am)

Jazzy Stars vs Flying Shooters (10.45am)