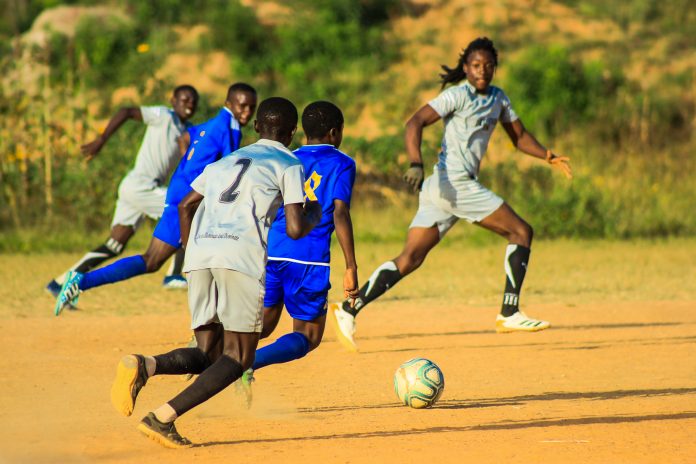 As the Tsenba Wummen Football League season reaches home stretch the youths of North Central region of Jos, Plateau State continued to be heard through their talents and last weekend witnessed more heartwarming results and more goals plundered as Weeks 30 and 34 fixtures were negotiated across the four-match venues in both cadre.

64 goals were scored in the 20 games played across both categories. The surprise result of the week came from 18th placed Hephzibah’s 2-1 home win over 11th placed Super Stars in the Under 14. Ceemonie SA also drubbed Jazzy Stars 5-1 in another top result of the weekend.

The league leaders, Mees Palace Football Academy continued to dictate the pace and looks set to retain the league title won last season just like their Under 16 counterparts. They were almost held to a draw by seventh placed Gangere Youths who came back from 2-0 down to tie the game at 2-2 but the Blue Panthers dug dip and netted at the death to keep their seven points advantage at the top over second placed, Relentless FA. They have 77 points.

Highland Stars beat Riverside FA 2-0 to clutch to the fourth spot with 52 points. Sixth placed Ceemonie SA (49 points)cut the gap on fifth placed Jr. Sporting Boys (50 points) to a point after they whitewashed Jazzy Stars 5-1. The Stars are in eighth spot with 44 points.

Under 14 Week 30 Results and Goal scorers

Mees Palace FA intensified the fervour to end the season with over 100 points with a 3-0 away win over FC Sports. They have amassed 97 points with five games to season’s end.

The race for the second spot remained intense and may go down the wire between second placed St. Monica’s Academy and third placed Kuru Young Stars who are both tied on 78 points each after they won their games against Yard FC (3-0) and Flying Shooters (2-1) respectively last weekend.

Rahbam FA held on to the fourth spot with 64 points despite drawing at home to Jeddy Academy while Tin City walloped Top Free Academy 4-1 to hold on to the 5th spot with 56 points.

U-16 Week 34 Results and Goal-scorers