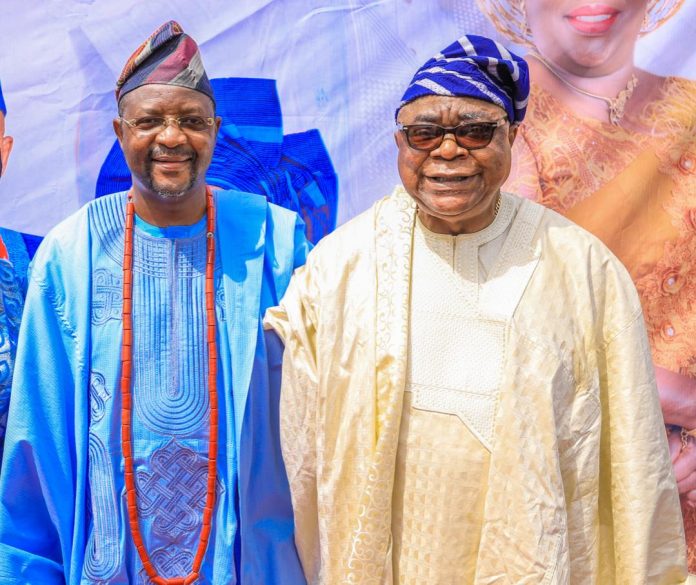 Minister of Youth and Sports Development, Chief Sunday Dare has felicitated with former Governor of Oyo State,  Chief Adebayo Alao Akala on the occasion of his 71st birthday anniversary.
Acknowledging the contributions of the Bobagunwa of Ogbomosoland, to the socio-political development of Oyo state, Dare urged the former Governor to sustain his outstanding qualities.
The Minsiter in a goodwill message, extended his warm greetings to family, friends and associates of the former Governor, while praying for longer life for the celebrant.
He said, “On behalf of my family and political associates, I congratulate the former Governor of Oyo State and Bobagunwa of Ogbomosoland, Chief Adebayo Alao-Akala as he clocks 71.
“As a notable political figure and statesman, the former Governor has no doubt, played a vital role in the promotion and sustenance of democracy in Oyo state and beyond.
“The younger generation will continue to tap from his wealth of experience in grassroots politics, as he plays a fatherly role for the upcoming political class.
“The celebrant deserves to be celebrated for his accomplishments in the private and public spheres of life.
“As the former Governor marks his 71st birthday, I wish him many more years of service to humanity “