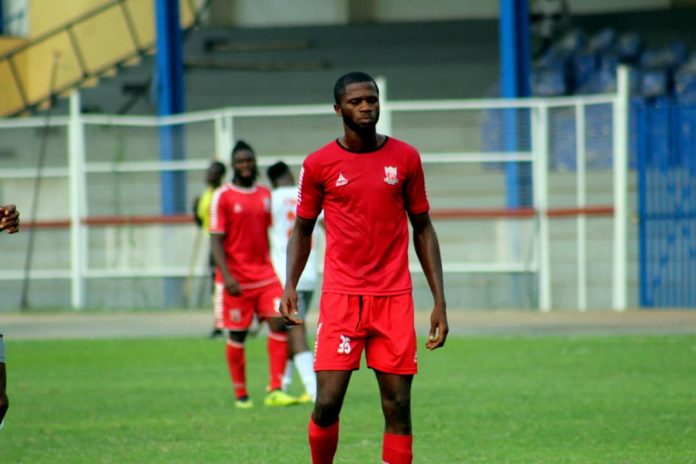 Heartland FC leading scorer, Shedrack Oghali is eager to leave a mark at the Naze Millionaires before seeking greener pasture and has made it his season’s target to outscore his previous highest number of goals he has scored in a season this term.

Oghali has struck a goal each against Nasarawa United, Enyimba and Rivers United in the ongoing season and the ex-Go Round striker said in an interview that he would be a fulfilled man if he scored up to 10 goals and more by the time the season ends.

“Playing under a good coach that loves you and having teammates that have turned to my friends and my family too have all served as my sources of encouragement,” Oghali said in quotes credited to the club’s media but processed by www.dasportstainment247.com.

“My inspiration is to ensure I leave a legacy for people to remember me after I might have left Heartland FC and the target I have for myself is crossing the number of goals I have never got to before since I have been playing. I want to cross 10 goals this season.”

Oghali said that they are on a mission to pick at least a point in Kaduna against Jigawa Golden Stars on Sunday in a Matchday Seven NPFL tie.

“It is visible against any team depending on how the team performs during the game. We are going there to pick at least a point or even three points,” he added.