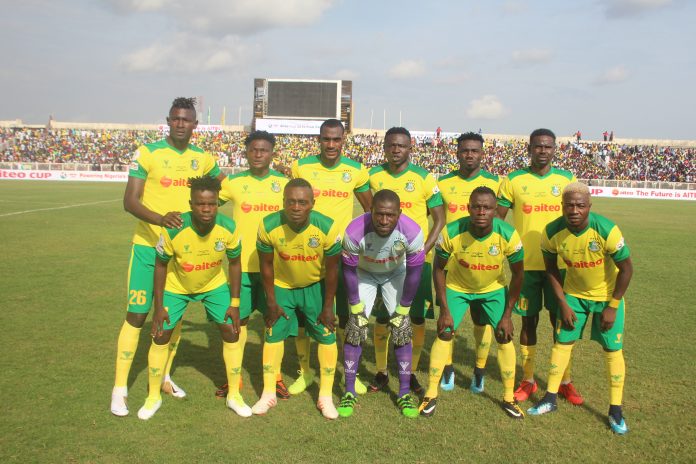 Kano Pillars have paraded the 2019 Aiteo Cup title they won to their fans in Kano on Monday afternoon. Sai Masu Gida rounded off their closed camping in Kaduna on Sunday after they pipped All-Stars of Zaria 2-1 in a repeat of the test game they played on Thursday which they lost by the same scores. They also thrashed another foe, Kaduna professionals 3-0 also on Sunday.

They set out for their return journey back to Kano on Monday morning and arrived at their destination in the afternoon. The players and officials of the club didn’t have much time to reflect on their trip when they were ferried into the waiting motorcade that took them around the Kano metropolis same day.

They ended the action-packed day with a visit to the Government House, Kano to deliver the trophy to the State Governor, Abdullahi Ganduje. Kano Pillars will on Tuesday return to the statehouse for a dinner with the Governor of the state, Ganduje who will, in turn, reward them for putting the state on the world map for the right reasons again.

Ibrahim Musa’s men won the Aiteo Cup competition by beating Niger Tornadoes on penalties in Kaduna after they had narrowly missed the opportunity to win the league title. They were pipped to the NPFL title by Enyimba but they came second to return to the flagship club competition in Africa, the CAF Champions League.

They will face Asante Kotoko of Ghana in the first leg of the preliminary round of the competition on Saturday before the return leg in Accra two weeks later. 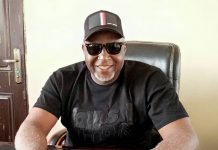 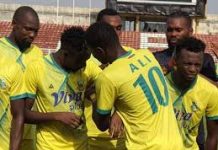 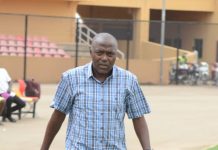