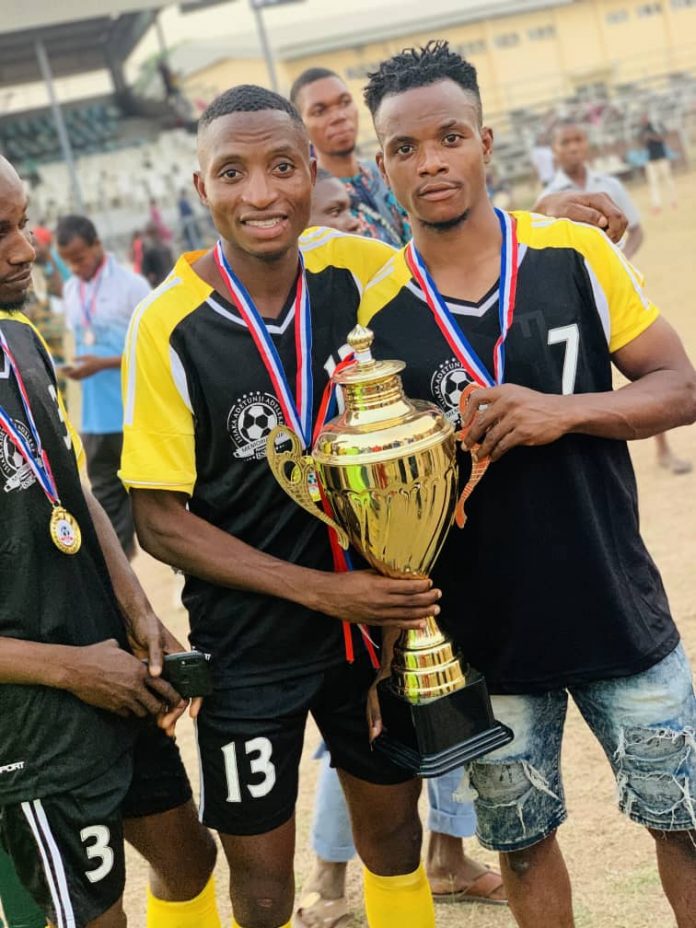 The match which was played at the Federal Polytechnic Ede Football Pitch had the former Governor of Osun State, Prince Olagunsoye Oyinlola as Chairman of the occasion, State Commissioner for Sports, Hon. Yemi Lawal, Mrs Dupe Adeleke-Sanni (Mother of the day), Prince Dotun Babayemi, Elder Leere Akogun Oyewunmi and Royal Fathers, Timi of Ede, Oba Minirudeen Lawal, Alara of Ara, Oba Olubayo Adesola Windapo and many other dignitaries in attendance.

The match was heading for a draw before Tanjo Surprise FC defender upheld Buhari Afeez of Adeleke Dynasty in the 18 yard box. Dauda Mutiu then converted the resultant penalty kick which proved to be the match-winner as Adeleke Dynasty ended as the maiden champions.

Medals and trophy were presented to the Winners ( Adeleke Dynasty Ede), same was done for the second placed team, Tanjo Surprise FC Ejigbo.

For the individual awards,

The Memorial Championship is dedicated in honour of the first Civilian Governor of the State, Otunba Isiaka Adetunji Adeleke and solely sponsored by Honourable Bamidele Salam who represents the people of Ede North, Ede South, Egbedore and Ejigbo Federal Constituency of Osun State in the National Assembly.