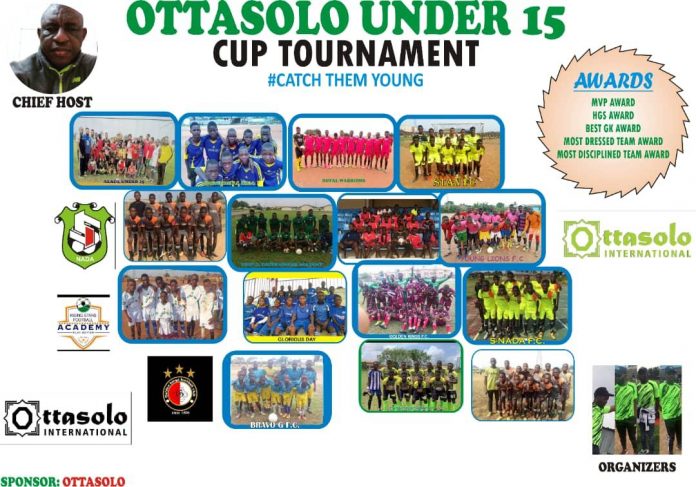 All is set for the Ottasolo U15 Football Competition, which is aimed at providing another platform for Grassroot teams in Lagos to thrive.

Chairman of Ottasolo International, Gabriel Davies said the gesture is aimed at giving back to the society.

The 1st edition of the competition will see 20 Grassroots teams in the state accredited to participate in the tournament billed to kick off on November 21st. Venue is Idowu Fadeyi Field, Ayobo, Lagos.

“We want these kids to embrace football because the game brings people together. It’s my dream for these boys to see the sport as a means of livelihood,” Gabriel Davies said.

“The aim is to make the U15 competition continue to grow from strength to strength. There would be a lot of side attractions to entertain fans.

He said the gesture aside empowering youths in the state would help to discover talents that would in turn make the state and nation proud in terms of performance on the pitch, club football and international fixtures.

“We have sponsored numerous projects. So, we are committed to sponsoring this initiative for as long as possible,” he added.