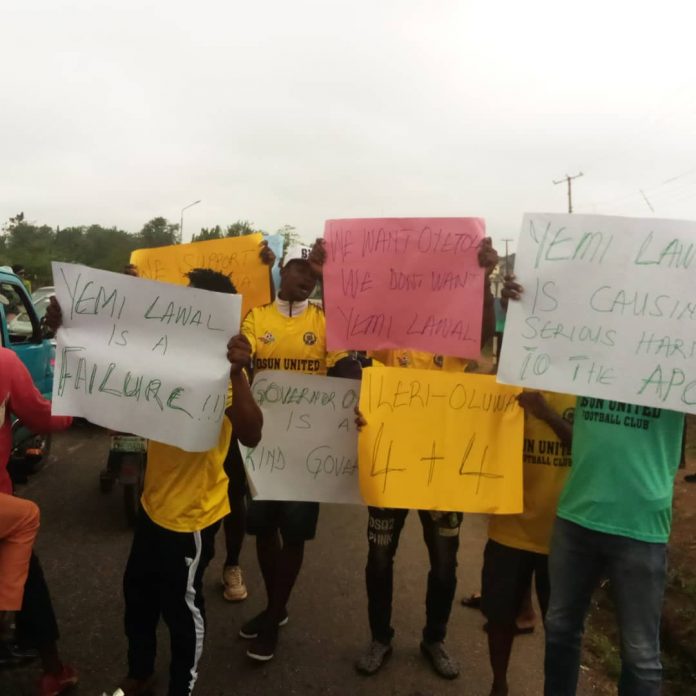 Barely five days after their impressive start to the Nigeria Women Football League Premiership, Osun Babes have joined their male counterparts, Osun United to protest the non-payment of their two months unpaid salaries.

The protesting players are also calling on the Osun State Governor, Gboyega Oyetola to remove the State Commissioner for Youth and Sports, Yemi Lawal for alleged autocracy and gross abuse of office.

The players of both teams were seen with various placards bearing different messages such as : ‘Yemi Lawal is a failure’, ‘Yemi Lawal is causing serious harm to the APC’, ‘We want Oyetola, we don’t want Yemi Lawal’, among others. were paraded in front of the Osun Government House.

Osun Babes began the season impressively with a 1-0 away win in Uyo against Ibom Angels last Wednesday but their preparation for their Matchday Two tie with FC Robo Queens of Lagos at the Legacy Pitch, Lagos this wednesday has been interrupted by this protest.