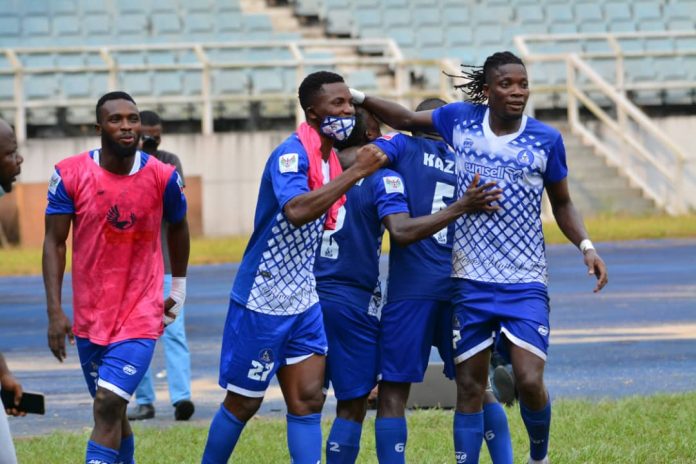 Plateau United, Rivers United and Lobi Stars hit their NPFL Matchday Three foes: Heartland, Kwara United and Warri Wolves by three unreplied goals each while Enugu Rangers and Dakkada FC pipped Jigawa Golden Stars and FC IfeanyiUbah 1-0 in Kaduna and Nnewi to secure their first away wins of the season.

The Peace Boys scored through Mohammed Zulkifilu, Amos Gyang and Jesse Akila in the 19th, 55th, and 60th minutes to earn their first triumph of the season at the expense of the Naze Millionaires while Ifeanyi Anaemena, Godwin Aguda and Chika Godwin notched the three for Rivers United versus boastful Kwara United to record their third successive victory from the three league games they have played this season.

Lobi Stars’ Ossy Martins, Mathias Samuel and Chinonso Okonkwo were in devastating scoring form when Warri Wolves visited the Aper Aku Stadium, Makurdi yesterday to ensure that the Pride of Benue earn their second win of the season.

Last season’s league highest scorer, Israel Abia struck again in Kaduna for Enugu Rangers for his second goal of the season to guide the Flying Antelopes to their first away win of the season while Dakkada’s Nnamdi Mejuobi broke the hearts of FC IfeanyiUbah players with the decisive goal that secured three important away points to the Uyo side.

Kano Pillars remained unbeaten after three games after they snatched a 1-1 draw in Lafia against Nasarawa United. Nyima Nwagua shocked the home team with the curtain raiser in the 48th minute before Adamu Hassan equalised seven minutes from time.