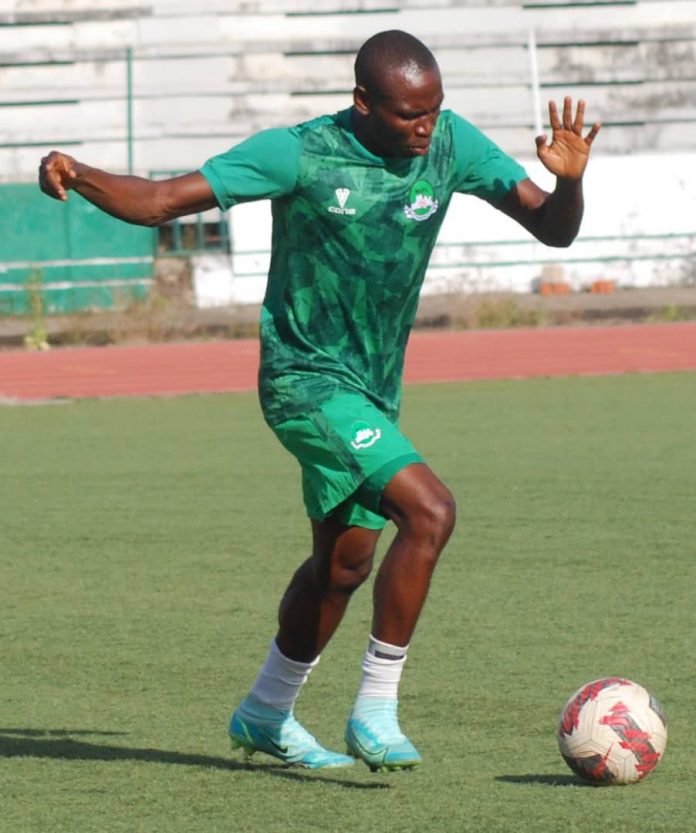 On the last day of their preseason activities, the side played out a hard-earned 1-0 victory over a determined Jazzy Academy at the New Jos International Stadium, Zaria Road, Jos, on Tuesday evening.

United’s Technical Adviser, Bala Nikyu, made several changes to the squads he unleashed against Yoca Stars FC and Mutunci Academy, respectively, in Kaduna, five days ago.

The match got off on a decent note, with both sides playing an attacking game, which kept the small number of spectators at the Stadium lively.

Soon, the hosts took control of the game, Maksen Dapar, drawing the first blood as early as in the 19th minute but his shot went inches over the bar.

United got comfortable, and James Jonah’s effort on goal was denied by goalkeeper, Shadrack Ishaku.

Shortly after that, United had a golden opportunity squandered after Hamisu Umar’s header was parried toward the direction of James Jonah with the goalkeeper tipping over the latter’s rebound shot out for a corner.

United were lucky not to have conceded before the break as Kim Luka rocketed a shot from close range which went past the face of the goal.

The first-half saw score at nil-nil.

Both sides rang in some changes shortly after the break, and Emmanuel Israel breezed past his markers but got clipped down inside the area by substitute goalkeeper, Abiola Akanbi, with the referee pointing to the spot for a penalty.

James Jonah stepped up to take the resultant kick, only for the goalkeeper to save it.

The miss lasted for only two minutes as Emmanuel Israel put United in the lead with a beautifully struck goal in the 52nd minute off an assist from James Jonah.

Jazzy Academy got reinforced and tried to cancel out the goal toward the latter stages of the game but it was the last kick of a dying horse as United snatched the victory, to end their five days preseason tour of Plateau State and twenty days across Northern Nigeria.

The team will return to Lafia, Nasarawa State Capital, to continue with further preparations before the new football league season gets underway.