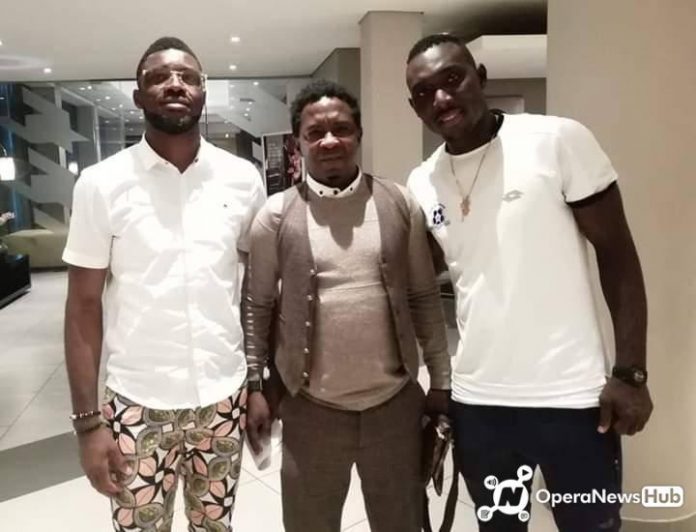 Ex-footballer turned agent, Mohammed Lawal has thumbed up the hard work of Nigerian players who easily adapt to the condition they meet overseas and almost immediately hit the ground running for their new clubs.

Lawal who was speaking on popular Whatsapp platform, Nigerian Sports Mouthpiece said Nigerian players always get the nod of foreign scouts and clubs because of their endurance and their ability to easily bring blend with any condition they meet that could serve as hindrances to their success in foreign countries.

“Nigerian players are very attractive because they adapt easily with the weather condition and so forth of any country you take them to,” Lawal told journalists during the interview session.

“Other players from other African nations could take months to adapt but Nigerians just hit the ground running almost immediately. When they are in the good frame of mind they work hard and progress very fast.

It is one of the main reasons a lot of Nigerians are attracting a lot of attention from European countries. Most times when clubs invest so much in players and the progress of the player is being derailed or it takes a lot of times to adapt.

The former player however admonished Nigerian players to allow consistency to be their guide because of the trend he has witnessed in which players from Nigeria have had reasons to be distracted when they have carved a good niche for themselves enough for them to make a bigger leap in their career.

“I have been trying to figure out what could be the reason for that but I have not been able to get that.”

Lawal also stressed that most agents are having issues with some Nigerian players because of their dishonesty and disloyalty to those that have suffered and laboured for them when things were still difficult.

He advised Nigerian players to ensure that they are straightforward and not bite the finger that has fed them with ingratitude.

“Some Nigerians players are never honest. You can take a player to Europe when he is still an unknown quantity. He may not have known the effort you have put in to get him there and he doesn’t even know anybody when he gets there but as soon as he starts to progress you will notice that he is no longer straightforward to you,” Lawal pointed out.

“He gets attention from other agents that don’t know him before and he starts playing funning pranks on you and all that. I wish Nigerian players are very honest and straightforward. Loyalty is one thing that is lacking in some Nigerian players.

“There are a few exceptions but most of them are in that class. It doesn’t matter how far you have gone with them and the sacrifices you have made for them a lot of them do not show that they are loyal to you.”