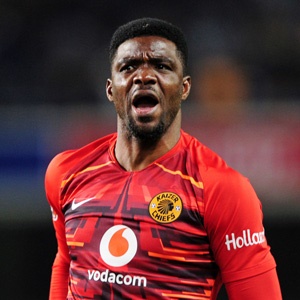 Super agent Mohammed Lawal who manages Super Eagles goalkeeper, Daniel Akpeyi has stated that the Kaizer Chiefs goaltender is 100 per cent focused on the South African Premier Soccer League side despite series of enquiries about him from clubs in Europe.

Lawal opined that Akpeyi’s main challenge is to ensure that he honours the terms of the new contract he just signed which extended his stay with the South African clubs for another two years and that it is best journalists respect his and that of his player’s wishes not to allow him to concentrate on Kaizer Chiefs while the future will sort out other eventualities.

The Nigerian born agent confirmed that there have been overtures on the Eagles goalkeeper but that Akpeyi is focused on ensuring that Kaizer Chiefs finish the season strongly as soon as the South African Government okays the decision for the PSL to continue when the Coronavirus pandemic might have been contained.

“There are interests from foreign clubs but I cannot give you their names now,” Lawal told journalists on the foremost Whatsapp platform, Nigerian Sports Mouthpiece on Friday night.

“We just have to wait because the PSL is trying to see if they can finish the season so at this moment it is not good to be speculating about Daniel’s movement. We want to focus on his career with Kaizer Chiefs which you all know we just renewed his contract for another two years.

At this moment we want to talk about Kaizer Chiefs and not offers that are coming about him and I hope everyone will understand that.”

Through the hard work of Lawal, Akpeyi moved to the South African Premier Soccer League in 2015 after his scintillating Man of the Match performance for the Super Eagles in a friendly match with the Bafana Bafana in Johannesburg earned him a deal with Chippa United from Nigeria Professional Football League side, Warri Wolves.

He thereafter got the attention of Kaizer Chiefs last year after spending four seasons with Chippa United and his impressive performance for the club has earned him two years contract extension.

Akpeyi was the Eagles first-choice goalkeeper at the 2019 Africa Cup of Nations in Egypt where he kept five of the senior national team’s seven games to ensure that Nigeria finishes the competition in third place behind Algeria and Senegal in the Eagles return to the AFCON for the first time since 2013.