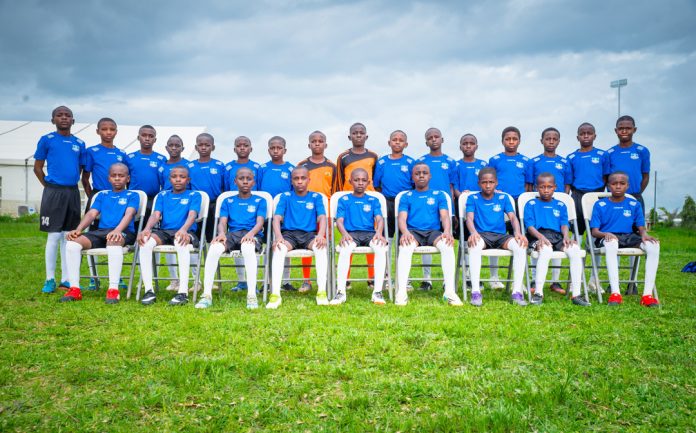 Mees Palace Football Academy will be looking to retain their titles in
the upcoming Tsemba Wummen U14 and U16 youth league in Plateau State
this weekend, having unveiled their squads for the 2021 season.

The unveiling was done with panache as team photos (group and
individual) were released to the public via the academy’s social media
accounts.

Affectionately known as the ‘Blue Panthers’, Mees Palace Football
Academy has taken a giant stride towards retaining the title they won
in 2019 by unveiling a crack team to feature in the U14 and U16
categories of the 2021 season of the Tsemba Wummen Youth League.

The league, which started in two years ago, is played on a home and
away format by 20 youth teams across Plateau State for the biggest
youth football diadem in Nigeria.

CEO of Mees Palace Football Academy Emmanuel Adukwu who is also the
sponsor of the league reiterated his desire to promote youth football
to the next level in Nigeria while hoping his team retains the title.

“We are into the second edition of this league which was formed to
give budding young talents in Plateau State the platform to showcase
their abilities while also honoring the life of my late friend Tsemba
Wummen who was a visionary when it comes to youth development,” Adukwu
stated.

Technical Adviser of the team Tony Ogharanduku also believes his team
will be ready when the league starts next weekend.

The former Mighty Jets and FC Taraba coach has been one of the brains
behind the football revolution at Mees Palace is optimistic his side
will lift the league title once again.
“We have been working hard behind the scenes to get the boys ready for
the commencement of the league,” he revealed.

Mees Palace finished the U13 league with a total of 92 points last time out to
win the title, with the club’s talismanic attacker Ahmed Musa notching up 33
goals to claim the top scorer’s gong.

After dominating the Jos Chillin’ competition in December of 2020,
our boys will be hoping to make back-to-back wins in one of the
leading Youth competitions in Northern Nigeria.