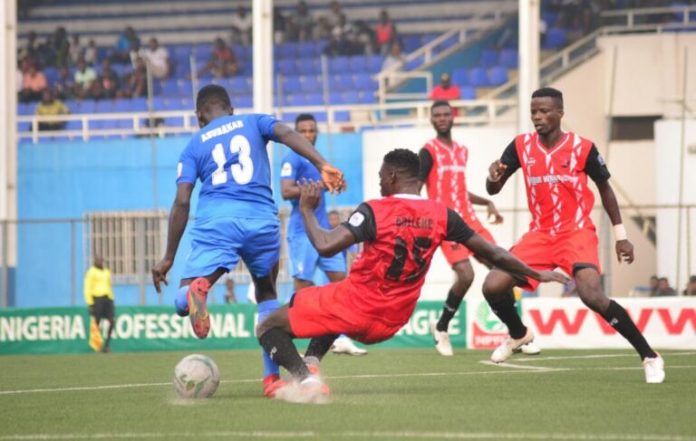 Abia Warriors can now heave a sigh of relief after the League Management Company (LMC) approved of their intention to shift base from the Enyimba International Stadium, Aba to Okigwe Township Stadium, Okigwe right from their weekend NPFL Matchday Six tie with Mountain Fire and Miracles Ministries (MFM).

In a circular to the club, signed by the Chief Operating Officer (COO) of the LMC, Salihu Abubakar, and copied to all the league clubs, which read in parts “pursuant to your request, we are pleased to inform you that the Okigwe Township Stadium has been approved as the venue for your home matches in the NPFL with immediate effect.”

The team was reminded to keep to the directives on consistent compliance with the Covid-19 protocols which requires strict compliance. This, the LMC promised to be monitored regularly.

Abia Warriors have played their two home matches this season at the Enyimba Stadium in Aba which they lost 1-0 and 3-1 to Rivers United and Jigawa Golden Stars respectively before they managed to secure their first point of the season in Nnewi against FC IfeanyiUbah last weekend.

The Umuahia side are last on the NPFL table with a point from five games a run which has earned team head coach, Imama Amapakabo and his technical crew a three-match ultimatum with which to improve the fortunes of the team or face the sack.