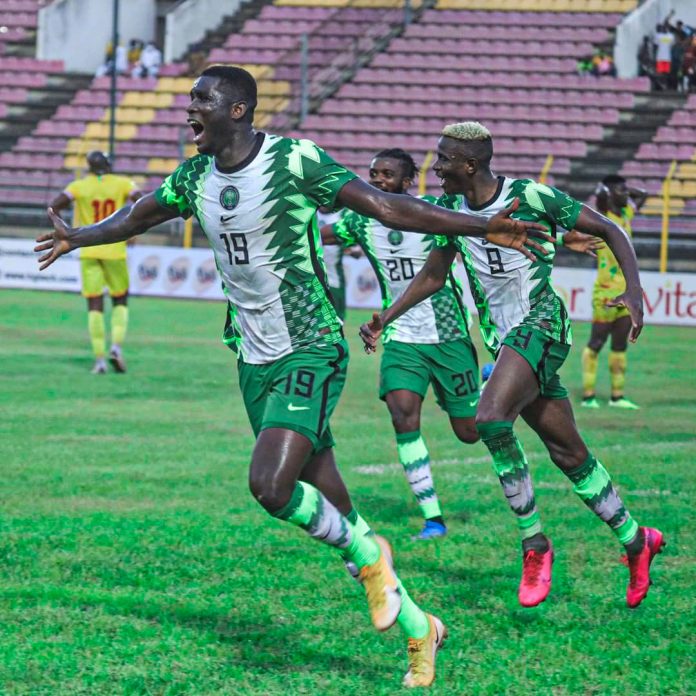 The owner of 36 Lion, Hajj Gafar Liameed has warned the Nigeria Football Federation and other football stakeholders against making any hasty decision that could plunge the nation into avoidable debt regarding the handling of the situation of Super Eagles Head coach, Gernot Rohr.

The Eagles barely limped to the final round of the 2022 World Cup qualifiers after they were held to a 1-1 draw by the Blue Sharks of Cape Verde and cross section of Nigerians has called for the sack of Rohr because of the listless performance of the team.

Hajj Liameed said that the termination of Rohr’s performance may be cumbersome and with serious financial implications if it comes at the behest of the NFF but he beckoned on the football house to keep the Franco-German until the end of the 2021 Africa Cup of Nations and review his contract in line with the targets placed before him.

“It’s usually hard to let go of the chauffeur who takes groceries to your girlfriends even if he crashes your Rolls Royce,” Liameed disclosed.

“Separation of such relationships is old age. Aging is inevitable, we are all becoming older per second.

“At my age and for sake of business, I’ll keep Rohr till the end of AFCON. Review and amend his contract, AFCON Trophy, or EXIT.

“Then I’ll invest 2 Billion Naira on the final qualifiers game in March to make at least 15 Billion for Nigeria Football,” he concluded.