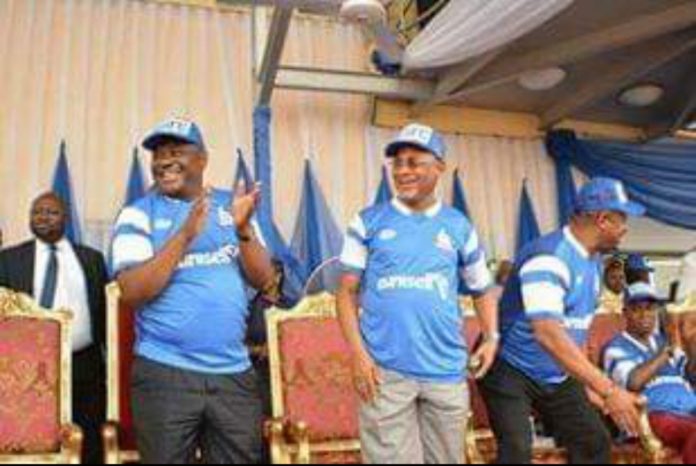 Chief Okey Kpalukwu in a statement released by the club thanked His Excellency Chief Barr. Nyesom Wike for ensuring that Rivers United lacked nothing in prosecuting the CAF Confederation Cup.

“Let me on behalf of the management, players, technical crew, backroom staffs and supporters of Rivers United thank our number one supporter, Governor Nyesom Wike for his tremendous support ensuring that we lack nothing in our pursuit of continental glory for the good people of Rivers State and Nigeria.”

“I will not fail to also appreciate Bro. Felix Obuah for the promise he made to reward the team financially for a win or draw plus the reward for every goal that is scored in our CAF Confederation Cup tie against Bloemfontein Celtic.

“I also want to thank the Rivers State Commissioner for Sports Barr. Boma Iyaye and the Permanent Secretary Minisrty of Sports Sir Honour Sirawoo for working tirelessly to ensuring we achieve our set goals.

“My charge to the players is that they should reciprocate these gestures and proof that the state and personal resources being spent on us is not in vain.”