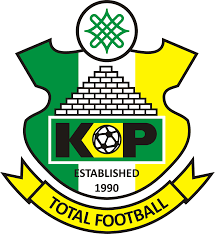 Nwagua benefitted from Theophilus Afelokhai’s howler to latch home the only goal of the game that didn’t live up to its pre-match hype in the local media.

Rivers United played below par and even after Sai Masu Gida were reduced to 10 men when Abass Rabiu was red-carded in the 56th minute the Pride of Rivers were unable to get the equaliser as they lost their second game of the season in the NPFL.

Pillars as a result of the victory moved to the fifth on the log from the 10th position with 11 points from six games while Rivers United remain in the second spot with 12 points from the same number of games.

Pillars travel to Uyo for a Saturday date with Akwa United while Rivers United welcome Adamawa United to Port Harcourt a day later.