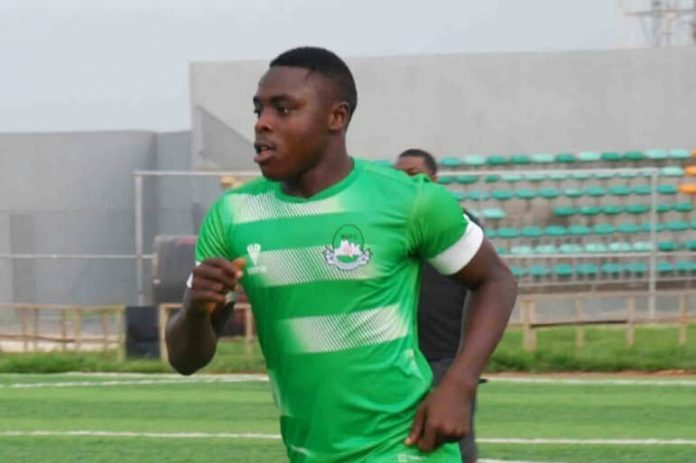 Nasarawa United’s Ibrahim Sunusi has stressed that he is in the camp of Nigeria’s Under 23 team to learn after he teamed up to train with them on Thursday for the first time as the build-up to the Africa U23 Cup of Nations qualifiers against Sudan intensifies in Abuja.

Sunusi returned from his trip to Russia where he went on trial but details of his adventure are still being kept under wraps. The last Nigeria Professional Football League highest scorer affirmed that he just want to resume training with the Under 23 team and try to
reenact some of the performances that earned him the last season’s rave review.

“I have returned from Russia and what is important right now is that I have resumed with the Under 23 team,” Sunusi told DaSportsTainment247.com.

“I was warmly welcomed to the team. I am happy that I am back and can contribute my quota to this team.” Sunusi scored 10 goals last season in the colours of Nasarawa United
to emerge as joint top scorer alongside Mfon Udoh of Akwa United.

Nigeria Under 23 team will slug it out with Sudan in Omdurman on September 6 before the second leg tie in Asaba four days later. The winner between the two will qualify for Africa Under 23 C tournament slated for Egypt in November this year.