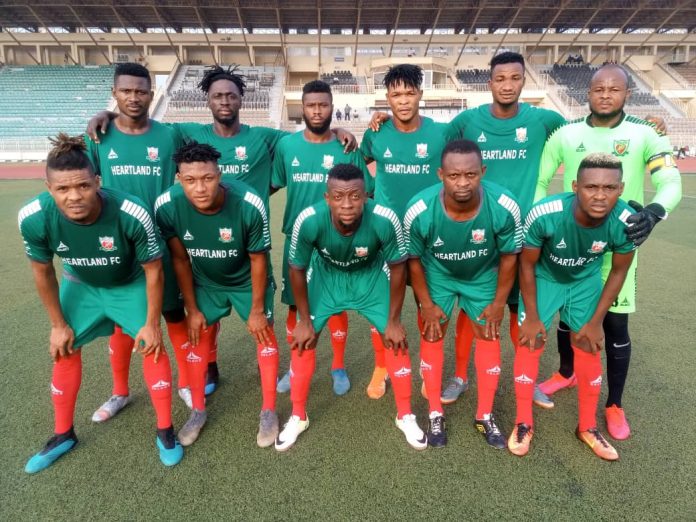 The Naze Millionaires’ Technical Director, Ere Dokubo told www.dasportstainment247.com that they explored the chance to play against the Pride of Benue when they noticed that the former league champions were also camping in Ijebu Ode.

“We were the one that approached them for a friendly game because we saw it as an opportunity to play another grade A friendly game,” Dokubo told www.dasportstainment247.com.

Dokubo went ahead to disclose that Heartland will play a second friendly game with Remo Stars in Ikenne also on Wednesday evening before their return to Owerri on Thursday.

“The game with Remo Stars is an highly anticipated game that has taken weeks before it becomes a reality. We know that they are in the NNL but some teams in the lower league are very competitive,” he said further.

“We are ready for both games and are expecting good matches against both teams.”

The Team Manager of Heartland, Victor Ezuruike, and Team Coordinator, Promise Nwachukwu also expressed their determination that the Scientific Boys would be worthy opponent.

They both stated that matches with Lobi Stars and Remo Stars will help to know how far Heartland have progressed in the build-up to the start of the season.