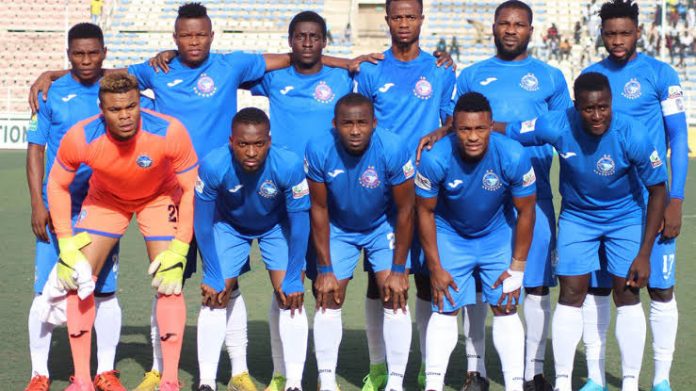 Enyimba and Giant Killers, A&A FC of Uyo are the only two teams with the 100 percent record after Governor Ikpeazu Pre-season Tournament saw out its second day on Monday at the Enyimba International Stadium, Aba but there was first win for Flight FC of Gboko while Abia Warriors and Plateau United produced the first goalless draw of the tournament.

The Dasportstainment247 have a wrap of the Day Two of the Governor Ikpeazu Preseason Tournament.

The unknown quantity from Aba, Jewel FC almost upset form book with the way they curtailed Enyimba from making mincemeat of them at the Governor Ikpeazu Pre-season Tournament ongoing in Aba.

Enyimba’s Gabriel Orok scored the only goal of the game in the 19th minute but the People’s Elephant were unable to increase the tally because of some calamitous misses and desperate defending from Jewel FC who would see the 1-0 loss as not a bad result.

It was Enyimba’s second win after they opened the tournament account with a 4-0 whiplash of Cynosure FC on Sunday.

Enyimba are on top of Group A with six points from two games while A&A FC are second with same six points. Cynosure FC, Abia Comets and Jewel FC are yet to register a point.

Enyimba are on break on Tuesday but Jewel FC who were exempted from game on Sunday will face another acid test when they trade tackles with A&A FC on Tuesday in the third game of the day by 2 pm.

Flight FC of Gboko recovered from their 4-0 humbling loss to Abia Warriors to record their first victory of the Governor Ikpeazu Pre-season Tournament over Ngwa United.

The pre-game hype was centred around Ngwa United who proved to be giant killers a few years ago in the Aiteo Cup but there was no re-enactment of that performance as they fell 2-1 to more organised Flight FC in an entertaining tie.

Ngwa United will try Plateau United for size on Tuesday in their second game while Flight FC are off fixtures.

It is becoming a tournament to forget for Cynosure who lost their second consecutive game of the Governor Ikpeazu Pre-season Tournament to A&A FC of Uyo on Monday.

If their 4-0 defeat to Enyimba was excusable their loss to the Uyo side left a sour taste to the mouth. Cynosure took the lead in the game but they were unable to build on their advantage and when A&A FC later woke up, Cynosure became bereft of ideas.

A&A FC face Jewel FC on Tuesday in the Uyo side third game of the tournament while Cynosure FC have a date with Abia Comets also on Tuesday.

It was deemed the star fixture of the Day Two of the tourney but chances were few and both teams were unwilling to take risks. Ojo Olorunleke was in excellent form for Abia Warriors when he was called to duty by Sunday Adetunji of Plateau United who had an above average performance.

Abia Warriors who are four points from two games will tackle Abia Greater Tomorrow in the morning while Plateau United will square up with Ngwa United also on Tuesday. 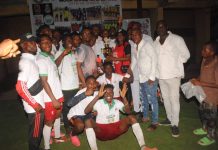