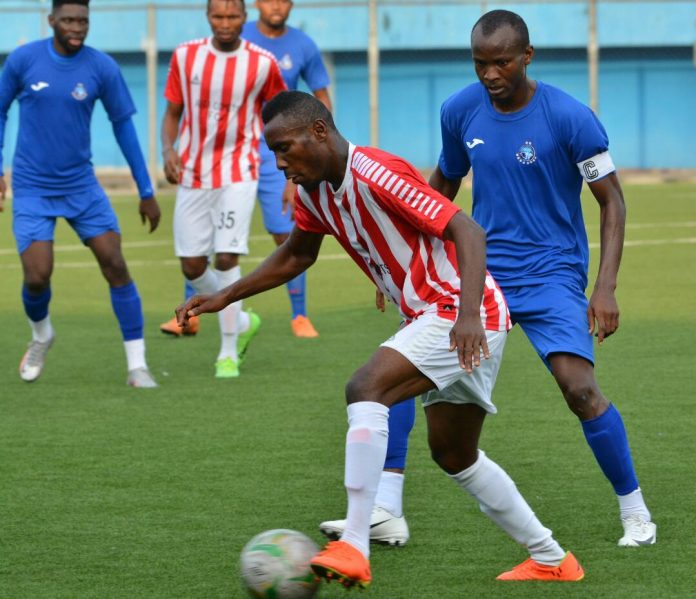 All is now set for the semi-finals of the Governor Ikpeazu Pre-season Tournament with Enyimba setting up a last-four meeting with Plateau United while Abia Warriors slug it out with A&A FC in the other clash. Both games come up at the Enyimba International Stadium, Aba on Friday afternoon.

The group stage games of the tournament were concluded on Thursday at the Enyimba International Stadium, Aba with some heartwarming results. Below is a wrap of the games played on Thursday as brought to you by www.dasportstainment247.com.

Abia Warriors needed an outright win against Ngwa United to avoid a semi-final clash with Enyimba and they deservedly got their wish through two well-taken goals scored by Bello Lukman in the 10th and 35th minutes. Ngwa United had earlier briefly equalised Abia Warriors’ curtain-raiser through Duro Chima in the 15th minute but they were unable to muster a comeback.

Abia Warriors’ win lifted them above Plateau United even though both of them finished the group stage with 10 points from four games but the Umuahia side’s superior goals difference meant they took leadership of Group B.

This dead rubber fixture has been adjudged as the most entertaining game of the Governor Ikpeazu Pre-season Tournament by journalists and fans that watched it in Aba on Thursday. Both Cynosure and Jewel FC were as good as eliminated before the commencement of the tie but they gave a performance that would continue to be on the lips If all even at the end of the tournament.

Chidozie Amos netted the opening goal in the second minute for Jewel FC but Cynosure were rewarded with the equaliser in the 54th minute. Jonadab Nwakanma increased the tally for Jewel FC but the lead was short-lived with Pascal Ubah scoring for Cynosure FC in the 78th minute. Jewel FC had the last laugh when Emmanuel Nwaigwe powered home the third goal seven minutes from full time and it was how the game ended.

Despite securing their second win of the tournament, Jewel FC still exited the Governor Ikpeazu Pre-season Tourney because of their inferior goals difference. They finished in third position while Cynosure ended the tournament without a point to show for their effort. But they bowed out with their heads held high.

Flight FC of Gboko scored the opening goal in the 27th minute through Kato Kajo and they held on to that slender lead until halftime.

At the start of the second half, Abia Greater Tomorrow swung into action and were rewarded with two quick-fire goals scored by Igbokwe Goodness in the 49th and 63rd minutes. It was how the game ended as Abia Greater Tomorrow financed by former Super Eagles defender, Uche Okechukwu scooped their first victory of the Governor Ikpeazu Pre-season Tournament.

Enyimba easily dispatched Abia Comets 2-0 through the goals of Farouk Mohammed and Gabriel Orok in the 30th and 39th minutes to knock the Umuahia side out of the tournament.

Before the start of the game, Abia Comets were finely placed to pick the second ticket from Group A ahead of A&A FC of Uyo knowing that a draw against the People’s Elephant
would see them finish with seven points. But they were unable to hold their own as they allowed Enyimba to seal off the tie with two goals scored towards the end of the first-half.

The victory protected Enyimba’s 100 percent start to the tournament as they finished the group stage with 12 points from four games while A&A FC who had played their last group game on Wednesday held on to the second position albeit on goals difference ahead of Jewel FC and Abia Comets who both also had six points just like A&A FC of Uyo.

RESULTS OF GAMES PLAYED ON THURSDAY