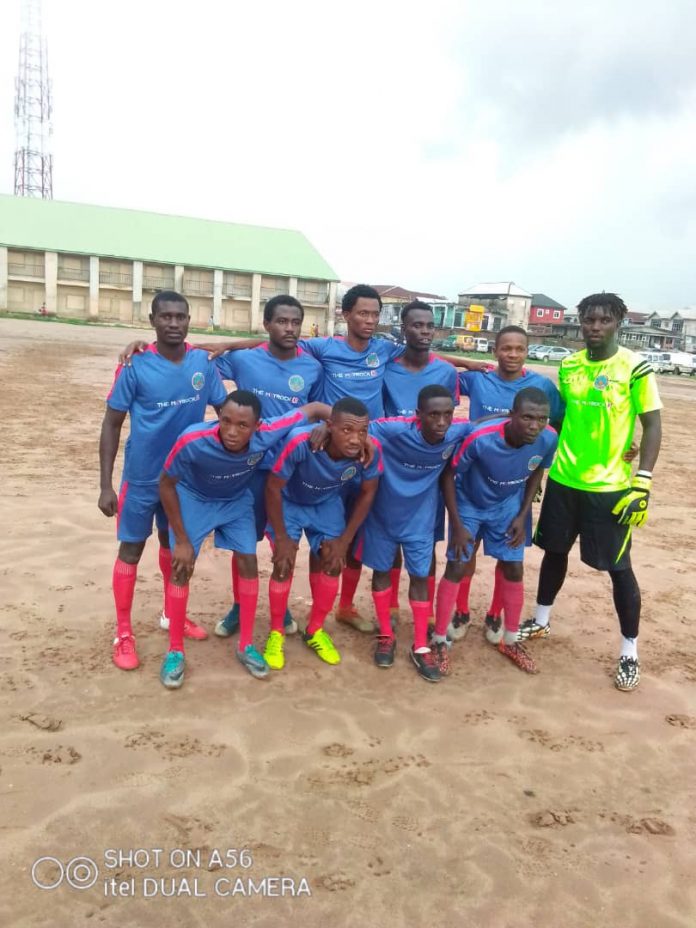 The friendly game between NLO 1 side, Malick Pro FC and their NLO 2 counterpart, First Mahi held at the Old Township stadium, Owerri on Friday ended in a 1-1 stalemate.

An added time equalizer from Malick Pro FC denied the Abajah, Nwangele LGA based side what would have been a deserved victory after Chibueze Agha scored to put the NLO 2 side in front midway in the first stanza as both side settled for a share of the spoils.

The Coach Manilla Gift boys controlled proceedings with their usual high pressing play that eventually paid off midway in the first half after they spurned two glorious chances earlier in the first half.

The early minutes of the second half however saw a rejuvenated Malick Pro FC taking the game to their opponents and striving to look for an equaliser. But was countered by First Mahi’s coach, Gift who introduced two players from the to ensure his side doesn’t lose baillance and firepower.

First Mahi had the chance to double the advantage but scorer of the first goal, Agha failed to convert from inside the 6 yards box after a brilliant teamwork was completed with a curling cross from Fortune Destiny from the right flank of their attack.

The goal scorer then went from hero to villain after he was sent off by the referee for picking a second yellow following a dangerous tackle which left his side with 10 men that resulted to a costly misplaced back pass allowing Malick Pro FC to level up.

“But for the rain which disrupted the free flow of our passes, it was a beautiful game and as I would always say, its a work in progress,” Manilla said after the games.