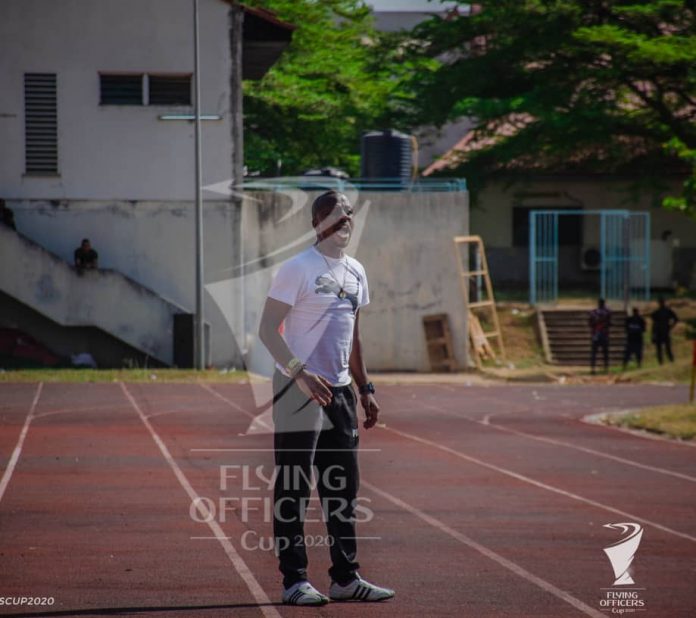 Head Coach of NWFL Premiership side, Royal Queens, Abayomi Olorunda has thumbed up his girls’ determination after thay picked a well deserved draw against defending Champions Edo Queens on Tuesday evening in the ongoing Flying Officers Cup 2020 in Abuja.

The ‘Warri’ based team bounced back in style with a well strucked free-kick from midfielder Chioma Olise in the 72nd minute after Taibat Odueke had given the Obaseki girls the lead four minutes earlier.

Olorunda was full of praises for his girls and told the Flying Officers Cup media that his girls will keep improving as they play more games in the competition.

“All the players were fantastic. We knew it will not be easy as Edo Queens is presently regarded as one of the best teams in the country,” Olorunda said.

“I must admit I really admire their fighting spirit and never-say- die-attitude of my players, after we conceded, the players remained calm and composed and the turning point came with Olise’s equaliser,” he noted.

Royal Queens next game will be against Naija Ratels on Wednesday and they must up their game against a side who trumped Kaduna Queens 5-0 in the opening game on Monday.