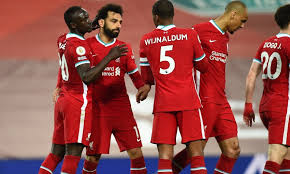 Liverpool have their destiny in their hands regarding playing in the UEFA Champions League next season. All that is required is for the Reds to win their two remaining matches of the season beginning from tonight, away to Burnley.

And that will condemn Leicester City to Europa League wherever they finish on the stands. Already, the Foxes have the ticket to that second tier competition as FA Cup winners.

Tottenham and West Ham have Europa League places to fight for, while Everton and Arsenal are candidates for the new tournament, the UEFA Europa Confederation League.

PSG go for a record extending 14th win of this title, while Monaco had lifted the title five times.