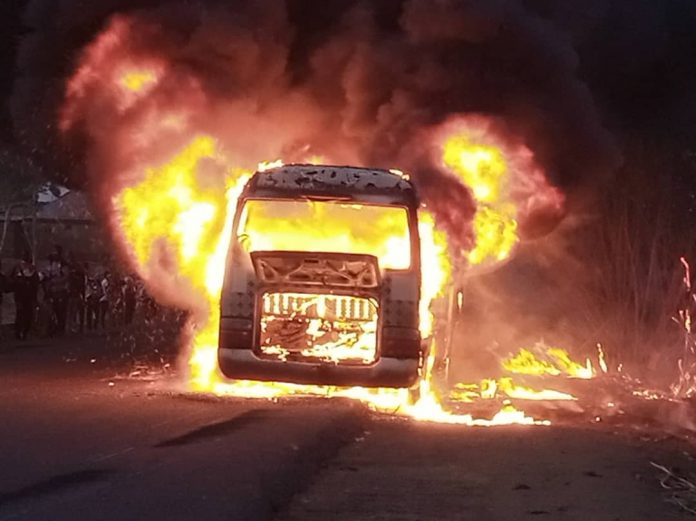 Enyimba has joined other Nigeria Professional Football League (NPFL) teams who have expressed their concerns over the inferno that gutted the Wikki Tourists bus on Thursday in Plateau State on their way to honour their botched league engagement with Dakkada FC.

The team discontinued their trip to Uyo after the bus was completely razed down and Enyimba in a sympathy letter written to Wikki Tourists, the People’s Elephant through its chairman, Felix Anyansi Agwu described the fire incident as unfortunate and thanked God that no life was lost.

“I write to convey the sympathies of Enyimba Football Club on the unfortunate fire incident encountered by your team en route a league fixture recently,” Enyimba began in a letter addressed to Wikki Tourist.

“News of the incident came unexpected, and while we are sorry for the loss of property, we are truly grateful that your personnel came out of it unscathed.

“We have no doubt in the ability of your team to dig into their strengths and bounce from this setback to pursue set targets for the season.

“Once again, accept my sympathies and be assured of our best wishes,” the statement concluded.

Verona vs Napoli: Osimhen: We will fight for Scudetto until the...