Leicester City equalled a Premier League record that had been unchallenged since March 1995 when they destroyed Southampton 9-0 on Friday.

Their thumping win at St Mary’s was the joint-biggest margin of victory in the Premier League, level with Manchester United’s 9-0 thrashing of Ipswich Town.

Leaders Liverpool came from behind to beat Tottenham 2-1 at Liverpool and maintain their six-point advantage over Manchester City at the summit.

Our Premier League Data Diary sheds some light on the detail behind the major stories from this weekend’s big games.

Brendan Rodgers’ Leicester took full advantage of Ryan Bertrand’s early dismissal for Southampton, steamrollering the Saints on their way to a slice of Premier League history.

The margin of victory is the largest by a top-flight side away from home in the 131-year history of league football in England. It was also Southampton’s biggest defeat of all time.

Leicester became the second team to have two players score a hat-trick in the same Premier League game (Ayoze Perez and Jamie Vardy) after Arsenal duo Jermaine Pennant and Robert Pires in May 2003 – also against Southampton.

The breathtaking result means the Foxes have 20 points after 10 games – one more than at the same stage of their 2015-16 title-winning campaign.

They got off to a terrible start, however, with Harry Kane scoring inside the first minute for Mauricio Pochettino’s side. It was the striker’s 150th goal involvement (131 goals, 19 assists) in the top flight in what was his 191st appearance in the competition.

Jurgen Klopp’s side clawed their way back into the game courtesy of Jordan Henderson’s first Premier League home goal since December 2015 before Serge Aurier’s foul on Sadio Mane allowed Mohamed Salah to seal the win from the penalty spot.

Aurier has now conceded four penalties in 48 games in all competitions since his Spurs debut in September 2017 – no Premier League player has given away more.

It could have been worse for Tottenham, but Paulo Gazzaniga was in inspired form. The Argentinian made 12 saves, which was the most by a goalkeeper in the Premier League since David de Gea against Arsenal in December 2017 (14).

Christian Pulisic arrived at Turf Moor with a point to prove and did exactly that with a stellar treble in Chelsea’s convincing 4-2 victory over Burnley.

The 21-year-old became the second American – behind Clint Dempsey – to score three times in a Premier League match and the youngest to do so for the Blues.

Willian later buried his third goal in six appearances in all competitions, as many as he netted in his previous 30 outings combined.

Chelsea now need one more away victory to equal their record winning streak on the road of seven in all competitions, set between February and April 1989.

UNITED BACK TO WINNING WAYS DESPITE PENALTY WOES

Manchester United ended a run of eight league games without a win on the road as they saw off Norwich City at Carrow Road.

Ole Gunnar Solskjaer’s side could have won by a far greater margin but Marcus Rashford and Anthony Martial were denied by Tim Krul from the penalty spot.

The former Newcastle United man became the eighth different goalkeeper in Premier League history to save two spot-kicks in a game and the first to do so since Maarten Stekelenburg for Everton in October 2016.

Rashford bounced back from his miss, however, to score his 50th goal in all competitions for the club with a cool finish under Krul. 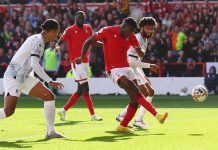 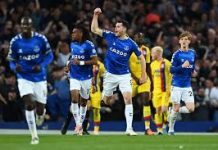 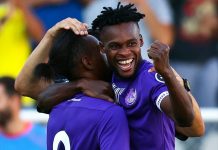