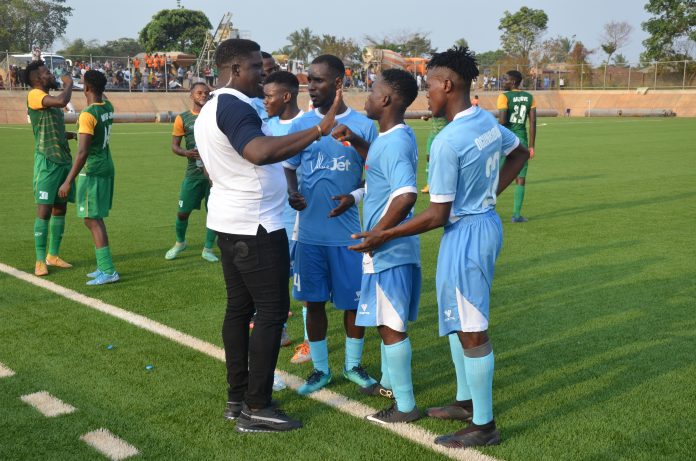 Head Coach of Remo Stars FC, Daniel Ogunmodede has indicated that the Matchday 8 fixture against Crown FC is going to be an emotional match for him.

Remo Stars FC will be looking to make it back-to-back wins after the defeat to Bendel Insurance FC in the ongoing Nigeria National League when they travel to face southwest rivals, Crown FC at the Lautech Sports Complex, Ogbomosho on Saturday evening.

The visitors returned to winning ways after Oyedele Adebayo’s strike ensured maximum points for the Sky Blue Stars in Matchday seven of the Nigeria National League.

On the other hand, Crown FC secured a point at Agbor Township Stadium in Delta State after playing a 1-1 draw against Apex Krane.

This is the third encounter for both sides, The Sky Blue Stars defeated Crown FC 3-2 at the Gateway International Stadium, Sagamu in 2018 and the Ajilete Boys had the best of the Sky Blue Stars in the reverse fixture as they won 2-1 at the Ogbomosho Township Stadium.

“It’s an emotional match for me having taught of their impact in my career. It’s where the journey of my career starts from and no doubt about it I appreciate the rare opportunity they gave to me to grow.”

“It’s painful but I have to do my job as a professional. Crown is a team that has a strong mentality at home, but we will try to break it.”

A positive result for Remo Stars will consolidate their spot on top of the league table while a win for the host will see them reduce the points difference by three.