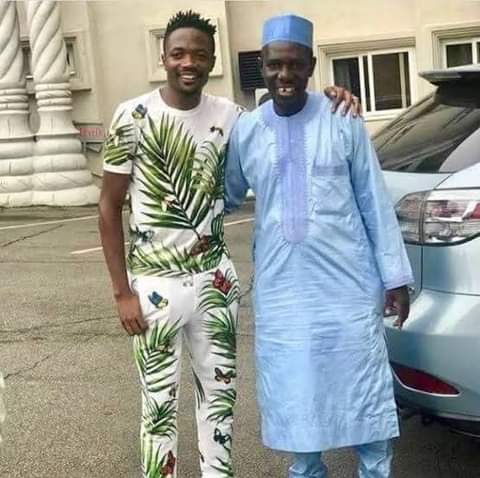 Golden Boots Soccer Academy (GBS) owner, Ahmed Ibrahim popularly known as coach Bros has revealed how he became a millionaire for the role he played in the formative years of capthe tain of the Super Eagles Ahmed Musa.

Speaking to newsmen, the lovable academy proprietor revealed that Ahmed Musa’s first transfer from Kano Pillars opened the door for him to becoming a millionaire and since then his life has been changed for good.

“I want to thank God for what he has done for me via Ahmed Musa. Musa is the reason why I find it hard to give up on helping young footballers. When Musa moved to VVV Venlo, my life was changed for the better because he insisted that all that is due to me must be given to me. That singular move set me up.”

He also went further to reveal that bar Musa he has helped as many as thirty footballers move to Europe and as many as four of them have played for the Super Eagles ‎after making progress with their various teams in Europe.

The players in question are Moses Simon, Samuel Kalu, Kingsley Madu and Reuben Gabriel. He however admitted that things didn’t go as planned with the aforementioned players after they decided to switch agents shortly before making big move in their career .

“Many of the players I helped the past few years didn’t bring me much success like Musa. You see I work with one main partner in Europe called ‎Tony Harris but most of these lads switched from him at the verge of a big move. There’s nothing one can do but wish them well”, he explained.

Presently he has Hilary Gong at Dutch Eredivisie side ‎Vitesse Arnheim as one star who will soon follow in the footsteps of graduates of the prestigious Golden Boot Soccer Academy ( GBS).

“Gong is talented to a fault. He has been unlucky with injuries but mark my word, once he is fit and ready for games he will take the Dutch League by storm and even Nigerian football “.

Speaking on the success that Nigeria Professional Football League ( NPFL) side Plateau United have enjoyed since he joined the team as Technical Director he said it’s down to the collective effort of everyone associated with the team.

” It’s starts with the willingness of the state govenor and the chairman of the club. They are largely why we are doing well the past few years. I have played a role as well but special appreciation will go to the players, coaches and also the fans. We are all partners in progress,” he concluded.