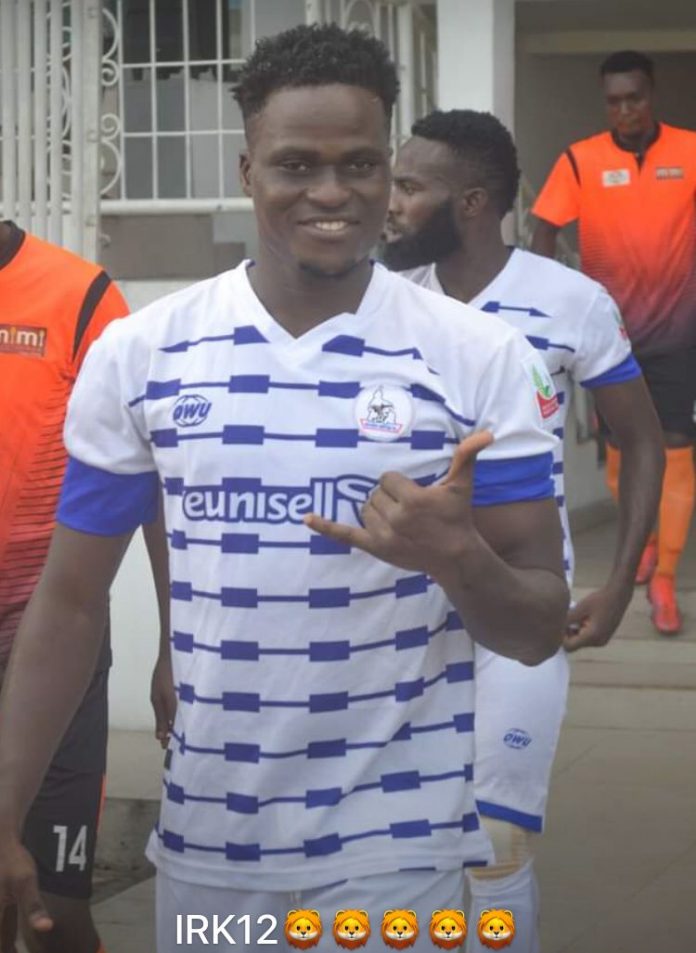 .shifts focus to Al Masry tie
Rivers United striker, Ishaq Rafiu Kayode says the invaluable experience he got from playing alongside football legends, Roberto Carlos and John Terry will come in handy later in his career.

Kayode was among the NPFL players invited for the Budweiser Game of Kings played last weekend and the player told our correspondent that he has shifted his attention to the weekend CAF Confederation Cup playoffs tie with Al Masry of Egypt with the first leg slated for the Enyimba International Stadium, Aba.

“It was a good platform for me to showcase what I have. It was a good novelty game and I am pleased with the way we played,” Kayode said.

“We have a key game this weekend against Al Masry of Egypt and we have our attention on that already.”