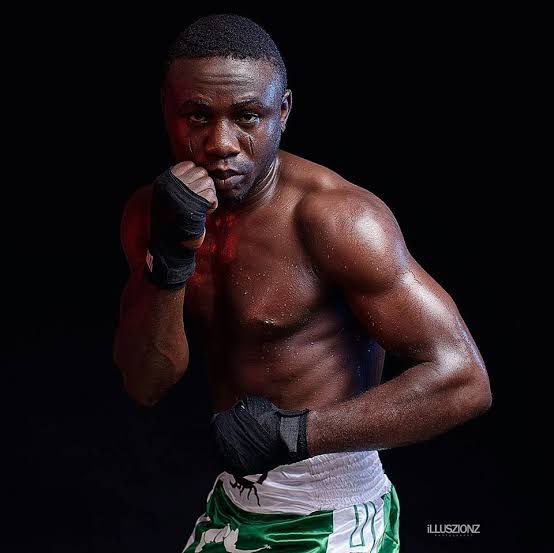 In a congratulatory statement by his Special Adviser on Media , Mr Dare Said

“I want to on behalf of millions of Nigerians congratulate new boxing champion, Ridwan ‘The Scorpion’ Oyekola on his victory in the World Boxing Featherweight bout.

“Coming few weeks after Anthony Joshua’s feat is not only heart warming, but quite inspiring. This is really worthy of celebrating. Ridwan, you have really broken the ice and re- confirmed Nigeria’s pole position as a force to reckon with in not just amateur boxing, but at the professional stage. All Nigerians are indeed proud of you for registering our country’s name on the global stage”

The Minister further said “Ridwan’s victory is special coming 57 years after another Nigerian Dick Tiger attained the same feat. This is a special way to end the year.”

Oyekola secured a unanimous victory over Argentine pugilist Lucas Montessino in the fight that took place in Ibadan, Oyo State.