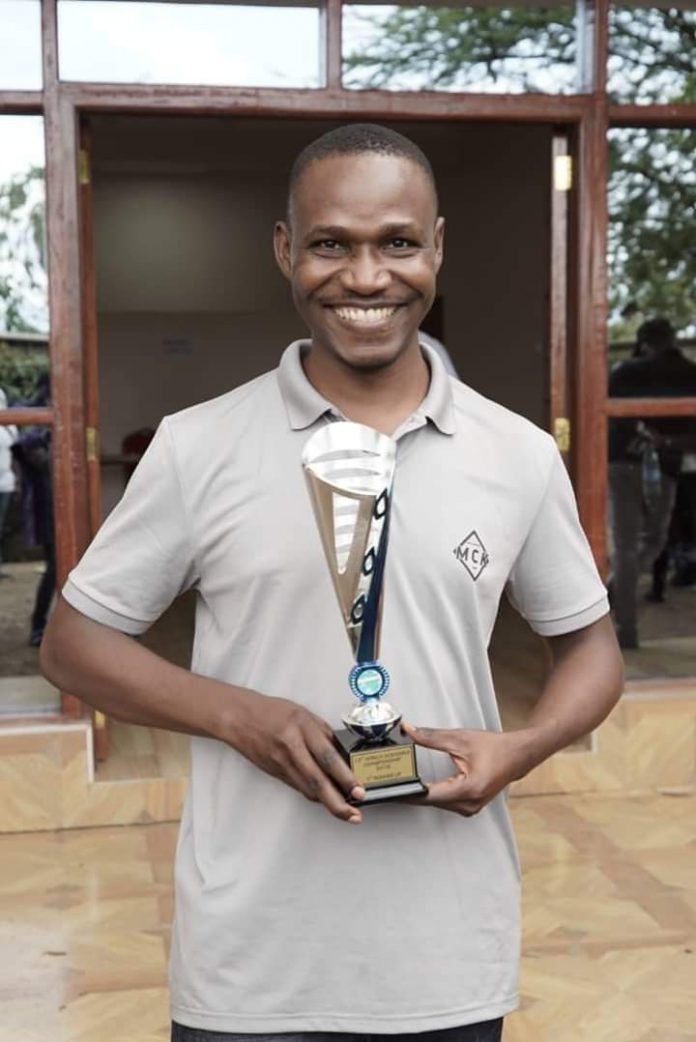 Africa’s only Scrabble World Champion, Jighere Wellington has bid the sport he cherished so much goodbye with mixed feelings.

Wellington who marked his birthday a few days ago narrated what he went through in the sport that gave him fame but with lean pocket to fall back on after several broken promises from the organisers of aome of the competitions he attended who refused to offset his prize monies.

“Birthdays for me are days of deep and sober reflection, and reflect I did. It’s getting clearer that I’m getting older and with such realization comes the need to re-evaluate ones priorities and goals. While I can boast of a few successes, failures have been many too. Well, such is life. The general goal is to have more successes or at least focus on succeeding at key areas while doing ones best to limit the failures. One cannot accomplish this without identifying what’s not working and hence putting an end to such.
After much soul searching, I’ve come to the conclusion that an end has to be put to the one thing that got most of you acquainted with me in the first place: SCRABBLE,” Wellington wrote.

“Professional Scrabble for me started almost 20 years ago in 2002. Since that time, I’ve sacrificed almost everything else to ensure that I succeed at this one area I chose to channel my energies towards. I sacrificed good grades in the University because I’d always prioritize scrabble over my academic pursuits. I sacrificed stable amorous relationships as there just wasn’t enough time left to devote to making such work. I sacrificed auspicious and profitable endeavours for the same reasons of having insufficient time to devote towards thriving at much else.

“Now, I know a lot of you must be saying “What’s this guy talking about?” “How can it not have been worth it?” Just wait till I reveal another angle to all this so that we can all answer this burning question together.

You see, I live in an environment where it almost all boils down to how fat your bank account is. And boy, is my bank account lean!
Remuneration from scrabble in the first place is nothing to write home about. Add the fact that such earnings are heavily “taxed” by the Nigerian Scrabble Federation and a lean purse becomes leaner. Add the fact that most of these winnings are left unpaid by the powers that be and a leaner purse becomes leanest.

“In my country, someone like me has one of two viable options: become a criminal like those who are responsible for my unpaid prizes or run away to an environment where you can actually make a decent living by engaging in an honest day’s job. It is not in my DNA to consider option one (although I’d be excellent at it). So, I guess I’m left with a singular option: relocate!”

Wellington disclosed his next move to ensure he recovers the prize monies dye to him from the competitions he attended in the past.

“But then, I don’t have any money to do that at the moment, which brings me to yet another singular option: extract my money from the grip of these jackals!
Over the years, it has become abundantly clear that these people cannot be reasoned with so I guess the only way out is to go to war!
Over the next couple of days/weeks, I will be stopping at nothing to recover my moneys.
The last time I embarked on a similar crusade was in December 2010 and I ended up being banned from Scrabble. I remained in exile for three whole years before returning to the fold. Needless to say, I won the World Championship two years afterwards. Now, since the worst that these people in high places can do to take my career away from me, I’ve decided to save them the stress and retire to start with. It’d be nice for these folks to face someone with nothing to lose,” he concluded.