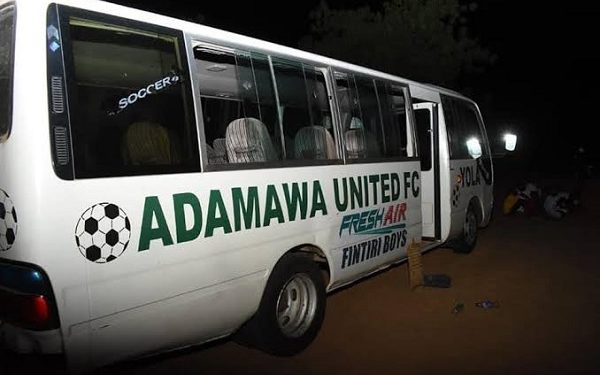 The kidnappers holding the driver of Adamawa United Football Club in Benin, Edo State have further slashed down their ransom demand from N10 million to N1 million.

It comes hours after they reduced the ransom from N50 million to N10 million.

The permanent secretary, Ministry of Sports, Abubakar Jada disclosed the development to our correspondent in Yola on Tuesday.

The gunmen had attacked the premiership side players in Benin along Benin-Ore Express Way on Friday, dispossessing them of their belongings before whisking away the driver in to the bush.

Jada noted that following intense negotiation, the gang kept reducing the ransom gradually from the initial N50 million to N10 million on Monday and then N1 million on Tuesday.

The official who noted that officials worked round the clock to ensure release of the driver, expressed optimism that the victim would soon enjoy freedom.

The Sports Writers Association (SWAN) had in a statement signed by its secretary general, Jude Okpara condemned the incident, urging the federal government to arrest the rising insecurity in the country.