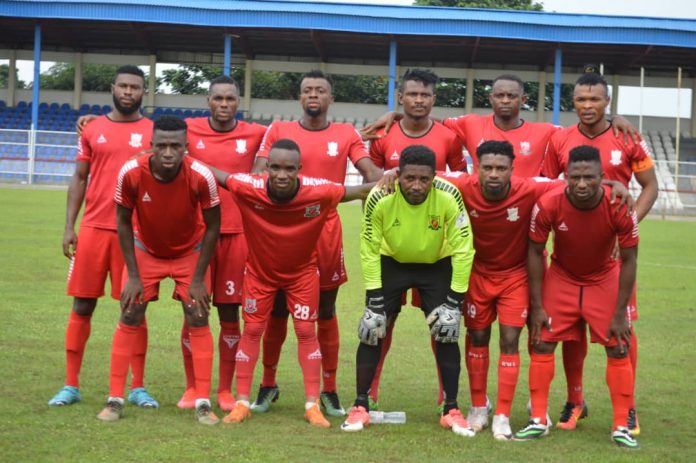 Ahead of the 2021 Aiteo Cup competition, the Imo Football Association has announced Heartland FC and Heartland Queens as the state’s representatives in the men’s and women’s categories of the tournament.

The Executive Committee of the Imo Football Association gave the verdict after their meeting.

The Committee ruled “The Executive committee of Imo State Football Association after due considerations has approved the nomination of Heartland FC to represent Imo state in the forthcoming Aiteo Cup.

It will be recalled that the Nigerian Football Federation (NFF) had written state football associations to play their Aiteo Cup and produce a representative before June 14.

The well-deserved victory ensures that the NWFL Championship side will fly the state flag at the national finals where they will vie for the coveted diadem at the national stage with other states and Federal Capital Territory (FCT) champions.

The Nigeria Professional Football League (NPFL) side, Heartland FC will equally represent the state at the men’s national finals.

Heartland Queens are in the race to reclaim her NWFL Premiership position at the upcoming NWFL Championship. The Imo landladies will compete with five other teams, Kwara Ladies, Kaduna Queens, Gallant Queens, Naija Ratels and former Premiership side, Adamawa Queens for the two promotion tickets at the Championship tournament later in the month at the FCT, Abuja.