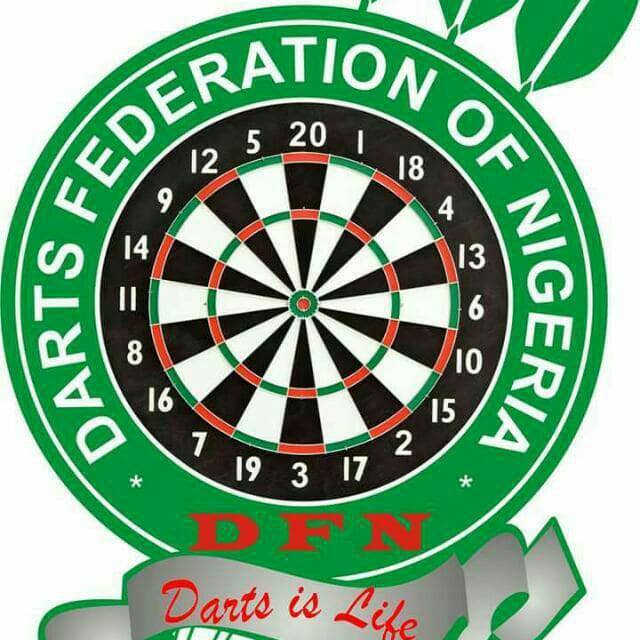 The three-day event which had over twenty dartists drawn from across the country saw Ayuba Randy from Kaduna State clinching the gold medal, giant trophy and prize money in the Men’s 501 Singles Category.

In the Junior Cadre(U-15), the duo of Nasarawa State’s players, John Onyega and Jesse Kyauta emerged first and second respectively.

At the closing ceremony of the championship, His Excellency, Engr. Abdullahi Sule, Executive Governor of Nasarawa State, who was represented by the State’s Commissioner for Youth and Sports Development, Hon. Othman Bala Adam, said:

“You have further awoken us from our slumber to put more efforts in ensuring that we have a place in the map of Darts Sport in Nigeria.”

The Commissioner explained that the Youth and Sports Ministry was under obligation to turn Nasarawa State into a hub of sports development in Nigeria.

“We have a collective mandate bestowed upon us by the Governor and we have taken it upon ourselves to change the narrative in youth and sports development in Nasarawa State, and we are optimistic that in the nearest future, Nasarawa State will be the home of sporting activities in Nigeria.”

He conveyed the message of assurance and workable partnership of the Nasarawa State Government under the leadership of Governor Engr. Abdullahi Sule to the Darts Federation of Nigeria in developing the sport as well as harnessing talents in the State.

“His Excellency, the Governor, is disposed to developing youth and sports in the State, and I want to assure the Darts Federation that the Nasarawa State Government will do the best we can to add value, positively, to all you represent, particularly, our athletes, to ensure that they become household names across the globe.

“We will continue to improve on the partnership already established, and we will ensure that we give you all the necessary incentives to excel”, he concluded.

Speaking earlier, President of the Darts Federation of Nigeria, Chief(Dr.) Abubakar Gayam Haruna, applauded the Governor, Engr. Abdullahi Sule, for choosing to sponsor the championship despite the short notice.

“We most sincerely appreciate the Governor for his zeal for sports and youth development, even though we only got across to him within a short period of time, but his response was immediate.

“Suffice to say that he is the first Governor in the history of this country to sponsor and host a National Darts Championship.”

The DFN President, while highlighting the categories of competitive games involved, explained that the championship was tagged ‘501’ due to its international status.

“Darts is a seventeen-medal sport and this championship is tagged ‘501’ because of it is internationally recognized. And in this championship, we have three categories of games, which include, 501 Men’s Singles, 501 Women’s Singles and 501 Junior/U-15 Singles.

“The 501 Junior Cadre was arranged by the Federation as an exclusive ranking to encourage youth of Nasarawa State participate in the championship and in line with the ‘Grassroots Mop-Up Initiative’ of the State Ministry of Youth and Sports Development, which encourages talents discovery and nurturing.”

Dr. Abubakar equally heaped praises and appreciation on the Commissioner, staff of the Ministry of Youth and Sports as well members of the press for the unrivalled support the DFN got, before and during the event.

He stated that Nasarawa State offered him and his Federation the best of treatment, emphasizing that they had found shelter in the Solid Minerals State, revealing that the Federation would take advantage of the uncommon hospitality enjoyed to build stronger ties.

Darts or dart-throwing is a competitive sport in which two or more players bare-handedly throw small sharp-pointed missiles known as darts at a round target known as a dartboard.