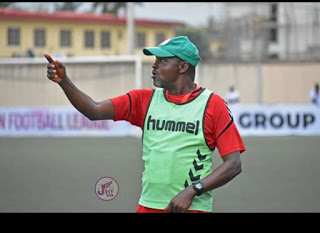 The ex-Ibom Angels coach decided it was time to leave the club he joined at the beginning of the season as a result of the internal wrangling in the team that culminated in the recent Kogi Government’s dissolution of the management board led by Abdul Sule. The dissolution came following series of players’ protests over unpaid salaries last week.

Ogbonda created history, by leading Confluence Queens to the final of the NWFL Super 4 in 2019, where they lost narrowly to Rivers Angels in the final, a result that has never been achieved in the history of the club.

The have won two games, drawn one and lost twice this season, under his watch.

“Yes, I have resigned because things have changed here. I am leaving Confluence Queens without any ill-feeling in me but I hope everyone will understand the situation which has forces me to tender my resignation,” Ogbonda said in quotes made available to we.dasportstainment247.com.

Confluence Queens who defeated FC Robo Queens by a lone goal last week in Lokoja will trade tackles with Delta Queens on Wednesday without any recognised tactician.