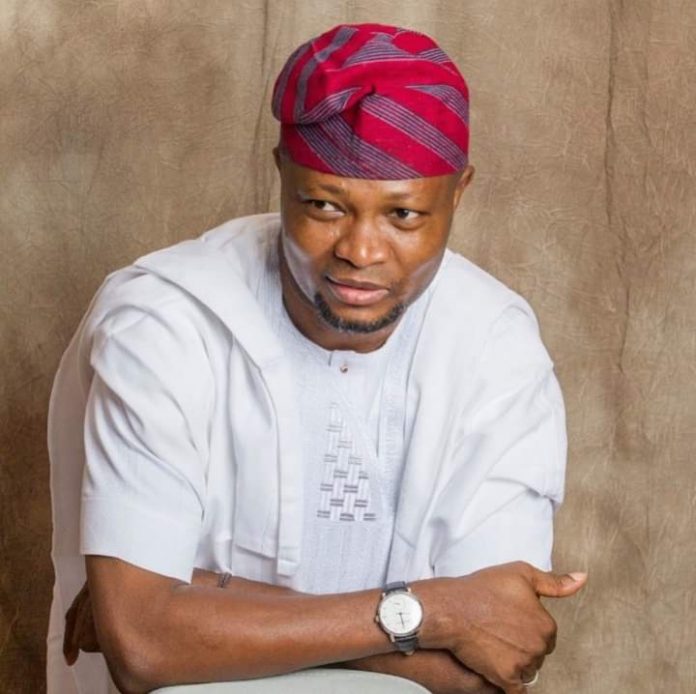 Among those initiating efforts to serve Lagos State in 2023 is Olajide Adediran, an industrious and multiple-achieving young man. So far, Jandor, as he is fondly addressed has built a huge political base across the state using his charity outfit, ‘Jandor Foundation’, to empower Lagosians, as well as his ‘Lagos4Lagos Movement’ to connect with the people and political class. Although, it is guessed that his audacious move to challenge the status quo enjoys the backing of APC national leader, Asiwaju Bola Tinubu, Jide told Global Excellence Magazine, that he is confident of making a change because he is prepared and envisioned for the office of Lagos State governor. Read on…

The ideology behind your concept, Lagos4Lagos has been well explained. What new change are you bringing into how Lagos State is governed?

We are bringing in fresh ideas. We are bringing in fresh and new energies. In Lagos in the last 21 years, we’ve just been recycling the same crop of leaders that have been in the system. This time, we need to press a restart button for Lagos in order to bring in new energies, new innovations and new thinking. If we have these new energies with young chaps in government, we’ll have a difference. There will be a physical and mental fitness that we are going to bring into governance.

Record shows that you have made incredible marks in your short time in politics, how did you do it?

Don’t forget I’ve been a student of politics for about 18 years at the corridor of power and understudying how things are being played. That’s why today, despite the fact that I have Master’s degree in New Media and Information Management. I realize that I have to penetrate the stronghold of the status quo which is the grassroots if we really want to wrestle the power. I’m not even playing the politics on Twitter yet. I’m not really that new. Perhaps, you think I’m new because I have just been working silently as a consultant and I’m just coming out to run for an office or because I have not been appointed into any office before now. It’s true I’m just venturing into seeking office anew. But I’ve undergone trainings and I’ve understudied governance for close to two decades.

The younger generation seems to have distinctive political interests, more inclined to change than older generations, more idealistic in their goals and less loyal to established traditions. This is your generation; how practicable is it to entrench this new order successfully?

There is nothing we can do as younger generation without combining the experienced of the old ones. You have some of them who align totally with what we are doing who are also fed up with the status quo and believe that things are not the way they should be. They are part of us in the Lagos4Lagos movement and we are doing a lot in bringing their experience to bear on the movement. For us, it’s not something we can do by ourselves. That’s why you see in our movement, though we have 80 percent of young people, we have 20 percent of experienced old people from whom we are tapping the knowledge on how to go about it.

At what point did you realize that Lagos State needed to be rescued, going by your movement’s slogan, and that you were better placed to achieve that?

Like I said, I’ve been around for a very long time. I see a state where, for you to be anything, you have to be sleeping and waking up at someone’s doorstep. I have also noticed that majority of those that have been there never prepared or envisioned to be. It’s just a matter of someone saying ‘wake up and come and be’. That is why you see the kind of leadership we have today. For us, we need to prepare, we need to sell ourselves to the people. We need to go round Lagos State and understand Lagos very well. I dare say that those you have in office today cannot even beat their chest and tell you how much of Lagos they know. This is because they come in only five or six months to election which is not enough time to go round Lagos. For the past four years, there is no ward in the entire 377 wards in Lagos State that I haven’t been to with my team. We’ve been everywhere. We can give firsthand information about what is happening everywhere and what they need everywhere. We interact with people, we meet them and we listen to them. So, coming into office won’t be a big deal because we already have an idea of how to go about it.

How much progress has Lagos4Lagos project achieved in creating awareness for broader participation in policymaking?

Of course, the awareness is there. Although we are not done yet, we’ve been able to tell anybody that cares to listen in Lagos State that there is a new deal in town and the new deal is Lagos4Lagos, a Lagos that works for everyone irrespective of your status, whether you’re a resident or an indigene. I believe that Lagos has not worked for all. We will ensure that everybody, in every town, now know that for the very first time, they will be electing their own governor, they will be choosing who governs them against what we used to have where somebody would just blow a whistle and say ‘this is the person we have chosen, come and follow him or her’. This time around, people will be able to own their governor. That is what Lagos4Lagos has provided.

If politics is simply about delivering the essentials for the people, why do you think good governance is hard to provide by politicians?

You see, getting this done is about emotional intelligence. It’s either you have it or you don’t. Some of us are a link between the poor and the rich. If you are not a people’s person, you can’t do it. If you are not a community person, you can’t achieve it. If you have not been involved in the grassroots, there is no how you want to do it. For the past four years, we’ve been doing this, putting smiles on people’s faces, adding values to communities. So, what are we going to do with public funds when we have it? Providing good governance is already part of us, it’s in us; it’s what we are going to do. It’s so unfortunate that people get into office and they don’t really connect with people. We know that we can’t do everything in four years, even in eight years, but we are saying we have had a governor in this state that impacted so much in eight years and everybody applauded that person. That person is even a unique selling point for his party to take on the federal government. So, if that person could do it, it means every other person can do it.

My leadership style is bottom-up. If you don’t have people following you, it means you can’t be a leader. This is about people, it’s about influence, it’s about you telling your followers and showing to them how it is to be a leader. Before you can be a leader you must have huge followership. That is what we’re enjoying today. They’ve seen in us something different from the status quo and they are already investing in it. That is what has given us the edge that we have today.

What will be your priorities if elected governor of Lagos State?